MIAMI – A new study led by University of Miami (UM) Rosenstiel School of Marine and Atmospheric Science scientists showed up to a 37% decrease in overall swimming performance of Deepwater Horizon oil-exposed juvenile mahi-mahi. The findings reveal the toxic effects of crude oil on ecologically and commercially valuable fish that reside in the northern Gulf of Mexico.

"What our study shows is that even a relatively brief, low-level exposure to oil harms the swimming capabilities of mahi-mahi, and likely other large pelagic fish, during the early life stages," said Edward Mager, UM Rosenstiel School postdoctoral associate and lead author of the study. "If you harm a fish's ability to swim you also harm its ability to perform actions that are critical for survival, such as catching prey and evading predation."

In a laboratory experiment at the UM Experimental Hatchery and in UM Rosenstiel School Maytag Chair and Professor Martin Grosell's laboratory, researchers exposed larvae and juvenile mahi-mahi to Deepwater Horizon crude oil to simulate environmental conditions during the 2010 Deepwater Horizon oil spill. The crude oil used in the study was collected on July 29, 2010 from surface slicks during the Deepwater Horizon incident. Two groups of mahi-mahi were exposed to crude oil alongside controls exposed to clean seawater. One group was exposed for 48 hours during the embryonic-larval stage and then raised in clean seawater to the juvenile stage, while the other group was raised in clean seawater to the juvenile stage and then exposed to oil for 24 hours. The 48-hour embryonic-larval exposure group resulted in a 37% decrease in swimming velocity as juveniles, while juveniles exposed for a 24-hour period had a 22% decrease in swimming velocity.

"The study demonstrates how careful measurements of physiological performance may reveal subtle, yet highly significant impacts of environmental contamination," said Martin Grosell, Maytag chair and professor of ichthyology at the University of Miami (UM) Rosenstiel School and a co-author of the study.

Swimming performance in fish is important for foraging, predator avoidance and migration. Physiological impairment of swimming ability may decrease fish survival, and result in a decline in fish population levels for a period of time. Researchers suggest that a similar impairment in swimming performance may have occurred in other large, pelagic fish that reside in the Gulf of Mexico.

Mahi-mahi, also known as dolphin fish, is highly sought after for sport fishing and commercial fishing. Fertilized eggs of mahi-mahi float near the surface of the northern Gulf of Mexico, an area coinciding with the spill zone, where they are believed to remain during their early stages of development.

A recent study published in the March 25 issue in the journal of the Proceedings of the National Academy of Sciences (PNAS) from the research team, including UM Rosenstiel School scientists from this study, showed that several Gulf of Mexico fish embryos developed serious defects in heart development following exposure to crude oil from the Deepwater Horizon oil spill. The study concluded that, "losses of early life stages were likely for Gulf populations of tunas, amberjack, swordfish, billfish, and other large predators that spawned in oiled surface habitats."

The Deepwater Horizon oil spill in the northern Gulf of Mexico released more than four million barrels of crude oil into the surrounding waters during the nearly two month event, which occurred during the seasonal spawning window for many large, commercially and ecologically important open-ocean fish species such as bluefin and yellowfin tunas, mahi mahi, king and Spanish mackerels.

The study, titled "Acute Embryonic or Juvenile Exposure to Deepwater Horizon Crude Oil Impairs the Swimming Performance of Mahi-Mahi (Coryphaena hippurus), was published in the early online edition of the journal Environmental Science and Technology. The co-authors include Mager, Grosell, Daniel D. Benetti, John D. Stieglitz, Ronald Hoenig and Charlotte Bodinier of the UM Rosenstiel School of Marine and Atmospheric Science; Andrew J. Esbaugh of the University of Texas; and John P. Incardona and Nathaniel L. Scholtz of the NOAA Northwest Fisheries Science Center in Seattle. The paper is available online at: http://pubs.acs.org/doi/abs/10.1021/es501628k 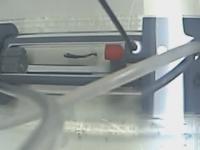