This press release is available in Spanish.

The study, published by Professor Eduardo Pérez Asenjo of UC3M's Economics Department, shows that relative earnings affect our happiness and our job performance. Summing up: if the people with whom I compare myself earn more than I do, I will be unhappier and I will work more. "This confirms the hypothesis of what I perceived, but not the way I would like things to be," the author of the study comments. "I would find it healthier not to compare what we earn to what others earn and I think it would be 'better' if these things didn't affect our happiness," he states.

In his analysis, he found that if an individual's earnings are less than those of her/his peers, s/he will work more hours. What causes this effect? "The most likely explanation lies in social comparisons, although it could also be due to the idea that if those around me earn more than I do, it might indicate that if I work hard I will end up earning as much as they do," explains Professor Pérez Asenjo, who also works at the Banco de España (the National Bank of Spain). The explanation derived from empirical analysis is the first one. "Therefore, the effect of others' earnings on my happiness is negative, because I compare myself to them and it makes me unhappy to earn less than them; so I work more hours so that I can earn the same as or more than them," he maintains.

This finding can be applied to labor management or to human resource management in companies. "It might be a relevant criterion to keep in mind, when setting salaries, that an employee is concerned not only with what s/he earns, but also with what those around her/him earn," comments the researcher, whose perception is that a happy worker is much more productive than an unhappy one. "My personal opinion is that employees' happiness is not really taken into account in work environments, from the company's perspective," he concludes.

This line of research presents many challenges and aspects that can be delved into further: How are peer groups formed? Do the effects of relative income on happiness vary with the level of income? Or with age? This researcher's hypothesis, which is still to be tested, is that, paradoxically, the richer you are, the more important it is to compare yourselves with others and to do better than them. "If the absolute quantity of money one earns were the only thing that mattered, at a certain very high level, the only thing left would be to stop working, but that is not what happens and I think one of the reasons for this is social comparisons", he speculates.

Happiness at work depends on a good salary, but also on how much colleagues earn 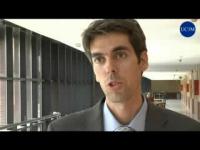 Happiness at Work Depends on a Good Salary, but also on How Much Colleagues Earn (2 of 2)