A vaccine to immunise people against high levels of cholesterol and the narrowing of the arteries caused by build-up of fatty material (atherosclerosis) may be possible following successful results in mice. Now, a phase I trial in patients has started to see if the findings translate to humans.

The study, which is published today (Tuesday) in the European Heart Journal [1], is the first to show that it is possible to immunise genetically modified mice with a molecule that causes the body to produce antibodies against an enzyme called PCSK9 (Proprotein covertase subtilisin/kexin type 9), which plays a role in preventing the clearance of low density lipoprotein cholesterol ("bad" cholesterol) from the blood.

People with high levels of LDL cholesterol, either due to their genetic inheritance, or to poor diet and lifestyles, are at much greater risk of developing cardiovascular disease prematurely. These diseases of the heart and blood vessels, caused by atherosclerosis, have overtaken infections as the main cause of illness and death throughout the world. At present, drugs such as statins can be used to lower LDL cholesterol, but they have to be taken on a daily basis and although they are generally well-tolerated they can cause adverse side effects in some people. The most recently approved cholesterol-lowering compounds are monoclonal antibodies targeting PCSK9, which are highly effective, but their effect is short-lived, resulting in frequent re-application and high costs.

The research published today shows that the AT04A vaccine, when injected under the skin in mice that have been fed fatty, Western-style food in order to induce high cholesterol and the development of atherosclerosis, reduced the total amount of cholesterol by 53%, shrank atherosclerotic damage to blood vessels by 64%, and reduced biological markers of blood vessel inflammation by 21-28%, compared to unvaccinated mice. Furthermore, the induced antibodies remained functional over the whole study period and concentrations were still high at the end of the study.

Dr Günther Staffler, chief technology officer at AFFiRis (the company that developed AT04A) and one of the authors of the study, said: "AT04A was able to induce antibodies that specifically targeted the enzyme PCSK9 throughout the study period in the circulation of the treated mice. As a consequence, levels of cholesterol were reduced in a consistent and long-lasting way, resulting in a reduction of fatty deposits in the arteries and atherosclerotic damage, as well as reduced arterial wall inflammation.

"The reduction in total cholesterol levels was significantly correlated with induced antibody concentration, proving that induced antibodies caused the reduction in cholesterol and also are ultimately responsible for the reduction of atherosclerosis development. As antibody concentrations remained high at the end of the study, it can be assumed they would continue to reduce cholesterol levels for some time afterwards, resulting in a long-lasting effect, as has been shown in previous studies.

"If these findings translate successfully into humans, this could mean that, as the induced antibodies persist for months after a vaccination, we could develop a long-lasting therapy that, after the first vaccination, just needs an annual booster. This would result in an effective and more convenient treatment for patients, as well as higher patient compliance."

"The way that AT04A is administered is comparable to a vaccine," explained Dr Staffler. "However, the difference between a conventional vaccine and our approach is that a vaccine induces antibodies that are specific to bacterial or viral proteins that are foreign to the body - pathogens - whereas AT04A induces antibodies against a target protein that is produced by the body - endogenous proteins. This it is really an immunotherapeutic approach rather than a vaccine approach."

In 2015, a phase I clinical study [2] started at the Department of Clinical Pharmacology, Medical University of Vienna, Austria, studying AT04A and another molecule AT06A in 72 healthy people to assess its safety and activity. The study is expected to complete at the end of this year.

In an accompanying editorial [3], Professor Ulrich Laufs, of Saarland University, Germany, and Professor Brian Ference, of the University of Bristol, UK, and the Wayne State University School of Medicine, Detroit, USA, write: "It appears promising to further evaluate long-term LDL cholesterol lowering by vaccination against PCSK9 for the prevention of atherosclerotic events." However, they say that "safety, the response in humans and the very important but unknown long-term immune effects need to be very carefully addressed during the course of clinical development". In particular, reductions in total cholesterol via statins and other drugs are associated with an increase in new onset diabetes. "Therefore, one potential safety concern for long-term lowering of LDL cholesterol with a vaccine directed against PCSK9 is the potential for an increased risk of new onset diabetes. In the short term, the LDL cholesterol lowering effect of statins and PCS9 inhibitors appears to far outweigh the risks of new onset diabetes." 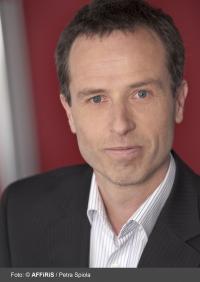 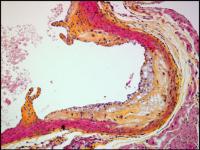