Complete data will be presented at Neuroscience 2015, the annual meeting of the Society for Neuroscience, in Chicago on Oct. 17.

Charbel Moussa, MD, PhD, who directs Georgetown’s Laboratory of Dementia and Parkinsonism, conducted the preclinical research that led to the discovery of nilotinib for the treatment of neurodegenerative diseases. To conduct the clinical study, he partnered with Fernando Pagan, MD, a GUMC associate professor of neurology who directs the Movement Disorders Program at MedStar Georgetown University Hospital.

“To my knowledge, this study represents the first time a therapy appears to reverse — to a greater or lesser degree depending on stage of disease — cognitive and motor decline in patients with these neurodegenerative disorders,” says Pagan. “But it is critical to conduct larger and more comprehensive studies before determining the drug’s true impact.”

Investigators will report that the six-month, dose-escalating study of nilotinib (150 to 300 mg daily), a treatment for chronic myelogenous leukemia or CML, produced benefit for all study patients who completed the trial (11 of 12), with 10 patients reporting meaningful clinical improvements. Patients also showed positive changes in relevant cerebrospinal fluid (CSF) biomarkers of Parkinson’s — alpha-synuclein (α-synuclein), amyloid beta-40/42 (Abeta-40/42) and dopamime — with statistically significant changes in total Tau and p-Tau. Prior studies show that α-synuclein and Abeta 40/42 in CSF are decreased as Parkinson’s worsens, while Tau and p-Tau are increased in CSF with the onset of dementia.

“The changes in Tau, p-Tau, α-synuclein and Abeta-40 and 42 in spinal fluid suggest the clearance of toxic proteins in the brain,” Pagan explains.

The results should be interpreted with appropriate circumspection — there was no control group for comparison.

Also, nilotinib was not compared with a placebo or other medications used to treat Parkinson’s in the study. However, the researchers report that during nilotinib use by the participants, production of dopamine increased in many patients, requiring doses of L-dopa and other dopamine-sparing drugs used to treat Parkinson’s to be lowered or stopped. Stopping nilotinib treatment appears to lead to cognitive and motor decline despite reinstating L-dopa therapies.

The study’s primary objective was to test safety. Researchers say that use of nilotinib, in doses much smaller than are used to treat cancer (which is up to 800 mg daily), was well tolerated with no serious side effects. (Click here to see side effects recorded in CML patients using higher doses of nilotinib.)

In addition, researchers found that the drug penetrates the blood-brain barrier in amounts greater than dopamine drugs.

But the observed efficacy in cognition, motor skills and non-motor function improvement (such as constipation) for many patients was the most dramatic result, says Pagan. The investigators report that one individual confined to a wheelchair was able to walk again; three others who could not talk were able to hold conversations.

“Study participants with earlier stage disease responded best, as did those diagnosed with Lewy body dementia, often described as a combination of Parkinson’s and Alzheimer’s diseases,” Pagan says.

Alan Hoffman, PhD, a retired professor of social science education at Georgia State University, was diagnosed with Parkinson’s disease in 1997 and has participated in several clinical trials with no benefit, he says, until he enrolled in Pagan’s study.

“Before the nilotinib, I did almost nothing around the house. Now, I empty the garbage, unload the dishwasher, load the washer and the dryer, set the table, even take responsibility for grilling,” he says.

In the three weeks prior to enrolling in the study, Hoffman says he fell eight times, but only fell once during six months on the study. His speech has improved, as has his thinking.

“My wife says it’s life-changing for her and for my children and grandchildren,” Hoffman says. “To say that nilotinib has made a change in our lives is a huge understatement.”

Hoffman and other patients in the clinical trial can continue taking nilotinib (provided by Novartis) as part of an expanded access study. Moussa and other Georgetown researchers are now planning larger clinical trials with nilotinib for patients with Parkinson’s and other similar diseases including Alzheimer’s disease, likely to begin in 2016.

Moussa’s preclinical research led him to nilotinib early on. He set out to find approved cancer drugs that could penetrate the blood-brain barrier and turn on the “garbage disposal machinery” inside neurons to clear toxic intracellular proteins and prevent their accumulation within, or secretion outside of, brain cells. (He is an inventor on a Georgetown University patent application for use of nilotinib and other tyrosine kinase inhibitors for the treatment of neurodegenerative disease.

“When used in higher doses for CML, nilotinib forces cancer cells into autophagy — a biological process that leads to the death of tumor cells. The dose used in CML treatment is significantly higher than what we used in our Parkinson’s study,” Moussa says. “It appears that in smaller doses once a day, nilotinib turns on autophagy for about four to eight hours — long enough to clean out the cells without causing cell death. Then proteins that build up again will be cleared when the drug is given again the next day.”

Pagan reports having no personal financial interests related to the study. The phase I study received philanthropic funding and was supported by the Georgetown-Howard Universities Center for Clinical and Translational Science.

Georgetown University Medical Center (GUMC) is an internationally recognized academic medical center with a three-part mission of research, teaching and patient care (through MedStar Health). GUMC’s mission is carried out with a strong emphasis on public service and a dedication to the Catholic, Jesuit principle of cura personalis -- or "care of the whole person." The Medical Center includes the School of Medicine and the School of Nursing & Health Studies, both nationally ranked; Georgetown Lombardi Comprehensive Cancer Center, designated as a comprehensive cancer center by the National Cancer Institute; and the Biomedical Graduate Research Organization, which accounts for the majority of externally funded research at GUMC including a Clinical and Translational Science Award from the National Institutes of Health. 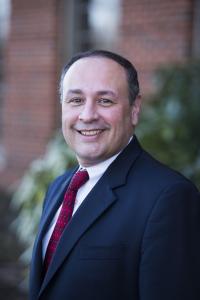 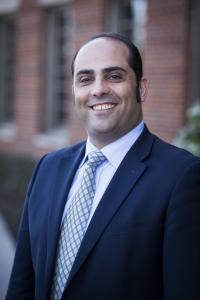