MIAMI, October 6, 2016 -- A study published today by researchers at Sylvester Comprehensive Cancer Center at the University of Miami Miller School of Medicine describes that certain proteins playing a role in cancer progression and metastasis are stored as amyloid bodies in dormant cancer cells. Once the amyloid bodies disaggregate, the cancer cells become active again. The findings were published in the journal Developmental Cell today.

Amyloid bodies are known to play a role in the development of neurological diseases such as Alzheimer's and Parkinson's disease but their contributions to the progression of cancer have been largely unknown. This discovery points to a new avenue for the treatment of various types of cancers by applying knowledge we have gained from neuroscience to tumor biology.

"The amyloid state of protein organization is typically associated with debilitating human neuropathies and rarely observed in physiology," said Stephen Lee, Ph.D., director of the Tumor Biology Program at Sylvester, professor of biochemistry and molecular biology at the Miller School, and corresponding author of the study. "Yet, we found that a large number of proteins are stored as amyloid bodies in cancer cells that are dormant. The heat shock chaperone pathway can disaggregate the amyloid bodies and turn the dormant cancer cells into active, progressing cancer cells."

The team of researchers found that ribosomal intergenic noncoding RNA regulates the process of amyloid formation in cancer cells, making it a target for drug discovery and development. "If we can stop the amyloid bodies from disaggregating in cancer cells, the hope is that they will remain dormant indefinitely," said Lee. "In addition, we may also be able to turn active cancer cells into dormant ones by encouraging them to store the proteins as amyloid bodies."

Amyloidogenesis enables cells to remain viable during prolonged periods of extracellular stress, highlighting the non-toxic and protective nature of the process, not just in cancer cells.

"Following this approach, we wouldn't necessarily rid the body of cancer cells, but we would keep them inactive - shut off, if you will - and not allow them to become active again," said Lee. "I am optimistic this could become a novel way of treating cancer. There are already drugs on the market, and others are being studied, that target the ribosomal intergenic noncoding RNA as well as the heat shock chaperone pathway."

Cancer cells have Alzheimer's disease, too 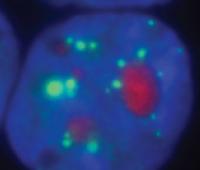 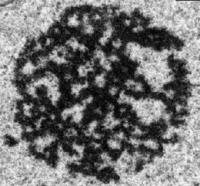