NASHVILLE, Tenn.— Anthropologists working on the slopes of the Andes in northern Peru have discovered the earliest-known evidence of peanut, cotton and squash farming dating back 5,000 to 9,000 years. Their findings provide long-sought-after evidence that some of the early development of agriculture in the New World took place at farming settlements in the Andes.

The discovery was published in the June 29 issue of Science.

The research team made their discovery in the Ñanchoc Valley, which is approximately 500 meters above sea level on the lower western slopes of the Andes in northern Peru.

“We believe the development of agriculture by the Ñanchoc people served as a catalyst for cultural and social changes that eventually led to intensified agriculture, institutionalized political power and new towns in the Andean highlands and along the coast 4,000 to 5,500 years ago,” Tom D. Dillehay, Distinguished Professor of Anthropology at Vanderbilt University and lead author on the publication, said. “Our new findings indicate that agriculture played a broader role in these sweeping developments than was previously understood.”

Dillehay and his colleagues found wild-type peanuts, squash and cotton as well as a quinoa-like grain, manioc and other tubers and fruits in the floors and hearths of buried preceramic sites, garden plots, irrigation canals, storage structures and on hoes. The researchers used a technique called accelerator mass spectrometry to determine the radiocarbon dates of the materials. Data gleaned from botanists, other archaeological findings and a review of the current plant community in the area suggest the specific strains of the discovered plant remains did not naturally grow in the immediate area.

“The plants we found in northern Peru did not typically grow in the wild in that area,” Dillehay said. “We believe they must have therefore been domesticated elsewhere first and then brought to this valley by traders or mobile horticulturists.

“The use of these domesticated plants goes along with broader cultural changes we believe existed at that time in this area, such as people staying in one place, developing irrigation and other water management techniques, creating public ceremonials, building mounds and obtaining and saving exotic artifacts.”

The researchers dated the squash from approximately 9,200 years ago, the peanut from 7,600 years ago and the cotton from 5,500 years ago.

Dillehay is chair of the Department of Anthropology at Vanderbilt, Professor Extraordinaire at the Universidad Austral de Chile and was elected to the American Academy of Arts and Sciences in 2007. 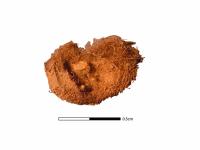 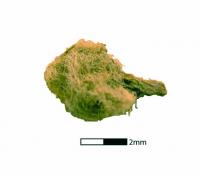