Big cities with lots of people usually garner images of a fast paced life, where the hustle and bustle of the city is met, and at least tolerated, by those who live there. They live for the "rush" of city life, and all of the competition that lies therein.

But a new study by Arizona State University shows the opposite may be true - that one psychological effect of population density is for those people to adopt a "slow life strategy." This strategy focuses more on planning for the long-term future and includes tactics like preferring long-term romantic relationships, having fewer children and investing more in education.

The study, "The crowded life is a slow life: Population density and life history strategy," was published in the Journal of Personality and Social Psychology. Its findings provide novel insights into how population density affects human psychology, and has implications for thinking about population growth, environmental influences on social behavior, and human cultural diversity.

"Our findings are contrary to the notion that crowded places are chaotic and socially problematic," said Oliver Sng, who led the research while a doctoral student at ASU and who now is a postdoctoral fellow at the University of Michigan. "People who live in dense places seem to plan for the future more, prefer long-term romantic relationships, get married later in life, have fewer children and invest a lot in each child. They generally adopt an approach to life that values quality over quantity."

Sng, with ASU Foundation Professor Steven Neuberg and ASU psychology professors Douglas Kenrick and Michael Varnum, used data from nations around the world and the 50 U.S. states to show that population density naturally correlates with these slow life strategies. Then, in a series of experiments (e.g., in which people read about increasing crowdedness or heard sounds of a crowded environment), they found that perceptions of crowdedness cause people to delay gratification and prefer slower, more long-term, mating and parenting behaviors.

"In environments where population density is low, and there is thus relatively little competition for available resources, there are few costs but lots of advantages to adopting a 'fast' strategy," he suggested. "On the other hand, when the environment gets crowded, individuals have to compete vigorously with others for the available resources and territory."

"To be successful in this competition, they need to invest more in building up their own abilities, which tends to delay having children," he added. "Because this greater social competition also affects their kids, they tend to focus more of their time and energy on enhancing their abilities and competitiveness. So a slow strategy--in which one focuses more on the future and invests in quality over quantity--tends to enhance the reproductive success of individuals in high density environments."

Will higher densities always lead to this slow strategy? "Not at all," said Sng. "In fact, when high densities are paired with unpredictable death or disease, the theory predicts that people will become more present-focused and opportunistic."

Sng added that the "slow life strategy, when brought to its extremes, also has its own pitfalls. Consider, for example, the pre-school craze in dense places like New York City, where parents are obsessed with getting their children into the best pre-schools. There are similar phenomenon emerging in dense countries like Japan and Singapore."

The research was partially supported by the Arizona State University Foundation for a New American University. 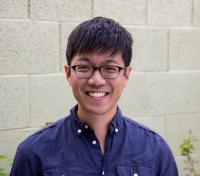