It seemed rather unusual that the largest tree genus, Syzygium, containing over 1500 species, was only represented by about a dozen of records on the biodiversity-rich island of Sulawesi, the latest new species description dating back to the mid-19th century.

One hundred and fifty years onwards, a new article published in the open access journal PhytoKeys, highlights the large portion of undocumented plant diversity on the island, by introducing not one, but five new species to add to the abundant tree genus.

Conducting fieldwork on plant diversity and ecology of the tropical mountain forests of Sulawesi in the period 2006-12, a team of ecologists from the University of Göttingen had difficulties identifying plant specimens of the myrtle family brought back from their field surveys. They noticed that only some 14 species of Syzygium were known to occur in Sulawesi, surprisingly few compared to around 200 each in neighbouring Borneo and the Philippines.

"In addition to the limited knowledge about plants in Sulawesi, we were dealing with what is probably the largest genus of trees in the world, the size of which was apparently putting off to many researchers of the past." comments PhD student F. Brambach. "This is probably why our basic knowledge of the taxonomy of Syzygium hasn't improved much since the early days of botanical exploration of the region in the first half of the 19th century."

The ecologists turned to Dr Byng, director of Plant Gateway and Visiting Research Fellow at Naturalis Biodiversity Centre in the Netherlands, who is coordinating a global revision of Syzygium, a genus best known for the clove tree. To him the possibility of what appeared to be undescribed species came as no surprise.

"After extensive screening of herbarium specimens from Sulawesi, I had estimated around 90 additional species to be present on the island, most of which are not yet named and probably only occur there. This would mean we only currently known around 13% of the island's real diversity," explains the expert.

The potential number of new Syzygium still waiting to be described raises concern, especially when considering the fast rate at which tropical forests in Indonesia are lost. Sulawesi is no exception, with three of the five newly described species considered to be "endangered" following the criteria of the IUCN.

"In this time of rapid species loss worldwide, cooperation between field ecologists and herbarium taxonomists is important to document the vast diversity of organisms in understudied regions, such as tropical mountain forests, especially for large and complicated groups like Syzygium," Dr Culmsee said.

Well-known for its unique fauna, the flora on the island of Sulawesi has received considerably less attention to date. With the publication of the new five species, the authors, Fabian Brambach, Dr Heike Culmsee, and Dr James W. Byng, hope to change this and instigate more botanical research in the area.

The research was founded by by the German Research Foundation (DFG) and Evangelisches Studienwerk Villigst (Germany). 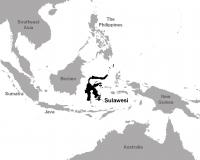 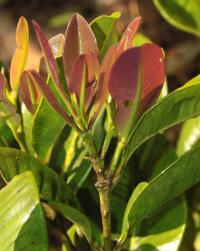