Electronic devices are becoming smaller, more connected, and more powerful; and they still have one thing in common: they need energy to function. Even miniature implantable medical devices and remote Internet-of-Things sensors need some amount of power to run, making it a challenge to design equally small, efficient, and durable batteries for them.

One of the alternatives that could potentially be the answer to these problems is the "betavoltaic cell." These cells are a type of power source akin to photovoltaic cells that, instead of producing an electric current by capturing visible or ultraviolet light, creates electricity using a type of radiation (beta decay) generated internally by a radioactive material. The biggest issue with existing betavoltaic cells is their low conversion efficiency. This means that only a very tiny portion of the emitted radiation can be converted into electric energy.

In a recent study published in Chemical Communications and selected as the cover image of its July issue, scientists from Daegu Gyeongbuk Institute of Science and Technology (DGIST) in Korea, led by Prof Su-Il In, explore a new technique to boost the performance of betavoltaic cells. To achieve this, they took a page from a technique previously used in photovoltaic cells: sensitizing dyes. In the proposed betavoltaic cell, the electrons in ruthenium-based dye used are "sensitive" to the beta radiation emitted by the radioactive source material. This means that electrons in the dye are more easily excited into higher energy states, making it easier for them to then jump from the dye to the material on the other pole of the battery, thus completing a circuit.

The performance of their cell was experimentally verified and turned out to be quite promising, as Prof In remarks, "So far, our dye-sensitized betavoltaic cell is the first to apply dye to achieve high radiation-to-current conversion efficiency." The prospect of small, durable, and efficient betavoltaic devices could open up a lot of design space for small set-and-forget electronic devices. Excited about the results, Prof In concludes, "We explore a new horizon in the field of betavoltaic devices, and we predict that even higher efficiencies will be possible through further modifications, creating new opportunities in the field of nuclear batteries."

Prof. Su-Il In has been working as an Associate Professor at DGIST since 2012. He received his Ph.D. in Chemistry from the University of Cambridge in 2008. He then worked as a postdoctoral researcher at the Technical University of Denmark and the Pennsylvania State University before joining DGIST. He served as the Associate Vice President of International and External Affairs from 2016 to 2017. His current research interests include the synthesis and analysis of functional nano(bio)-materials for environment-friendly renewable energy, such as photovoltaic, heterogeneous catalysts and biocatalysts.

More power to you: A novel betavoltaic technology with dyes for better energy production 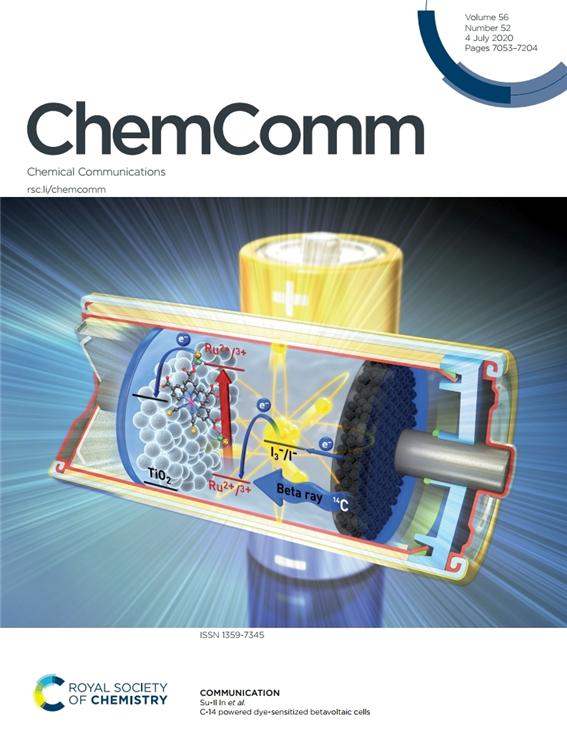