The extinction of large animals from tropical forests could make climate change worse -- according to researchers at the University of East Anglia.

New research published today in Science Advances reveals that a decline in fruit-eating animals such as large primates, tapirs and toucans could have a knock-on effect for tree species.

This is because large animals disperse large seeded plant species often associated with large trees and high wood density -- which are more effective at capturing and storing carbon dioxide from the atmosphere than smaller trees.

Seed dispersal by large-bodied vertebrates is via the ingestion of viable seeds that pass through the digestive tract intact.

Removing large animals from the ecosystem upsets the natural balance and leads to a loss of heavy-wooded large trees, which means that less CO2 can be locked away.

The study was led by researchers from São Paulo State University in Brazil, in collaboration with UEA, the Spanish National Research Council (CSIC) and the University of Helsinki, Finland.

"We show that the decline and extinction of large animals will over time induces a decline in large hardwood trees. This in turn negatively affects the capacity of tropical forests to store carbon and therefore their potential to counter climate change."

The research team studied data from more than 2,000 tree species in Brazil's Atlantic Forest, and more than 800 animal species.

They found that frugivores which are not targeted by hunters -- such as small birds, bats and marsupials -- are only able to disperse small seeds, which are associated with small trees.

Meanwhile large heavy-wooded trees, which can capture and store greater amounts of carbon, are associated with larger seeds. And these are only dispersed by large animals.

Prof Mauro Galetti from São Paulo State University said: "The big frugivores, such as large primates, the tapir, the toucans, among other large animals, are the only ones able to effectively disperse plants that have large seeds. Usually, the trees that have large seeds are also big trees with dense wood that store more carbon.

Carolina Bello, a PhD student from the São Paulo State University, added: "When we lose large frugivores we are losing dispersal and recruitment functions of large seeded trees and therefore, the composition of tropical forests changes. The result is a forest dominated by smaller trees with milder woods which stock less carbon."

Pedro Jordano, of the Spanish National Research Council (CSIC) said: "Not only are we facing the loss of charismatic animals, but we are facing the loss of interactions that maintain the proper functioning and key ecosystem services such as carbon storage."

Prof Peres added: "Intergovernmental policies to reduce carbon emissions from tropical countries have primarily focused on deforestation, and to a lesser extent on forest degradation resulting from timber extraction and wildfires. But our research shows that a decline in large vertebrate populations and the loss of key ecological interactions also poses a serious risk for the maintenance of tropical forest carbon storage.

"We hope that our findings will encourage UN programmes on Reducing Emissions from Deforestation and Forest Degradation (REDD+) to consider faunally intact forests and their full functionality as a critical precondition of maintaining forest carbon stocks."

Carolina Bello said: "The effectiveness of these programs will be improved if the preservation of ecological processes that sustain the ecosystem service of carbon storage over time is guaranteed."

'Defaunation affects carbon storage in tropical forests' is published in the journal Science Advances on Dec. 18, 2015. 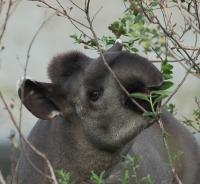 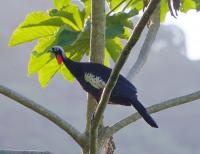