Does your smartphone spew a relentless stream of text messages, push alerts, social media messages and other noisy notifications?

Well, Rutgers experts have developed a novel model that can predict your receptiveness to smartphone interruptions. It incorporates personality traits and could lead to better ways to manage a blizzard of notifications and limit interruptions - if smartphone manufacturers get on board.

"Ideally, a smartphone notification management system should be like an excellent human secretary who knows when you want to be interrupted or left alone," said Janne Lindqvist, an assistant professor in the Department of Electrical and Computer Engineering in Rutgers' School of Engineering. "We know that people struggle with time management all the time, so a smartphone, instead of being a nuisance, could actually help with things."

Currently, smartphone users can limit interruptions by turning off their ringers, but no system figures out when you want to receive notifications. "Preferably, your smartphone would recognize your patterns of use and behavior and schedule notifications to minimize interruptions," said Lindqvist, who leads a research group focusing on human-computer interaction and security engineering.

Studies have shown that inappropriate or untimely smartphone interruptions annoy users, decrease productivity and affect emotions, he said. So it's important to choose the right time to interrupt people.

Lindqvist began thinking about how to reduce smartphone distractions several years ago, so he and his doctoral students, Fengpeng Yuan and Xianyi Gao, conducted a peer-reviewed study: "How Busy Are You? Predicting the Interruptibility Intensity of Mobile Users." The pioneering study will be formally published in May at the ACM CHI Conference on Human Factors in Computing Systems in Denver, Colorado. It's the premier international conference on human-computer interaction.

They collected more than 5,000 smartphone records from 22 participants at Rutgers University over four weeks, and they were able to predict how busy people were. That's important because people can respond to different kinds of interruptions based on their level of busyness.

In a first, the researchers used major personality traits to help predict how interruptible people were. Study participants took a standard test to see how their personalities aligned with the "Big Five" personality traits in psychological theory - extroversion, agreeableness, conscientiousness, neuroticism and openness.

Lindqvist and his team are working on next steps that could lead to smarter smartphone notifications.

"We could, for example, optimize our model to allow smartphone customization to match different preferences, such as always allowing someone to interrupt you," he said. "This would be something an excellent human secretary would know. A call from your kids or their daycare should always pass through, no matter the situation, while some people might want to ignore their relatives, for example."

"Ideally, smartphones would learn automatically," he said. "As it is today, the notification management system is not smart or only depends on a user's setting, such as turning on or off certain notifications. Our model is different because it collects users' activity data and preferences. This allows the system to learn automatically like a 'human secretary,' so it enables smart prediction."

Smartphone interruptions: Are yours relentless and annoying? 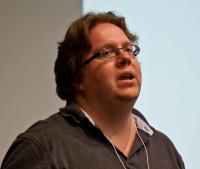