(COLUMBUS, Ohio) - A new national study finds kids are being hurt in bathtubs and showers at a surprising rate.* You might think scalding or near drownings would be the most common threat in the bathroom, but they're not.

Experts at Nationwide Children's Hospital say slips and falls are far more common, sending more than 43,000 kids a year to the emergency department. That's an average of 120 kids every day who are hurt in the tub or shower.* In most cases, parents are watching their kids, but it doesn't matter.

"Unfortunately, adult supervision isn't enough to prevent these injuries, they happen so quickly that a parent simply can't react quickly enough to prevent them. Therefore it is important to prevent them from happening by using a slip resistant mat inside and outside the bath and shower," says Gary Smith, MD, with Nationwide Children's Hospital's Center for Injury Research and Policy.

Smith suggests installing support bars so kids can hold onto them when getting in and out of the tub and shower. Also make sure there are no sharp edges they can fall against.

In the study publishing in the August issue of the journal Pediatrics, researchers say most injuries occur to children under age 4, and most often to the face.

"That is because young children, the ones typically injured in bathtubs and showers, they tend topple forward, they have a high center of gravity, and they tend to strike their head and their face, and that ends up with injures such as lacerations," says Smith.

Experts at Nationwide Children's Hospital are calling on manufacturers to use more slip-resistant materials when making bathtubs and showers. They say that could cut the number of injuries significantly.

(COLUMBUS, Ohio)- Bathtubs and showers are frequently associated with injuries to children. Although interventions have been initiated to prevent injuries due to submersions and hot water scalds, little attention has been paid to slips, trips and falls, which account for more than 80 percent of bathtub- and shower-related injuries.

According to a recent study conducted by the Center for Injury Research and Policy of The Research Institute at Nationwide Children's Hospital, more than 43,000 children 18 years and younger in the United States are treated in hospital emergency departments annually for injuries occurring in a bathtub or shower. The number of injuries remained consistently high over the 18-year study period from 1990-2007, suggesting that prevention efforts need to be increased.

Data from the study, published in the online issue of Pediatrics, show that children younger than 5 years accounted for more than half of all injuries. The most common diagnosis was a laceration (60 percent), with the face being the most frequently injured body region (48 percent), followed by the head and neck (15 percent).

The American Academy of Pediatrics recommends that young children be supervised at all times while in the bathtub and shower. However, supervision alone will not prevent all bathtub- and shower-related injuries, especially slips and falls. "Environmental changes, such as making surfaces more slip-resistant, are the best methods to prevent bathtub- and shower-related injuries," said study coauthor Gary Smith, MD, DrPH, director of the Center for Injury Research and Policy and faculty member of The Ohio State University College of Medicine.

Recommendations for bathtub and shower safety include handholds to reduce slipping and falling, elimination of sharp edges in the bathtub and shower, and shatterproof enclosures to prevent lacerations. In addition, the bathtub and shower surface coefficient of friction (COF), which predicts the likelihood of a slip, needs to be re-examined. "Evaluation and strengthening of the current COF standard is key to preventing injuries associated with slips and falls in bathtubs and showers," suggested Dr. Smith.

The Center for Injury Research and Policy is a CDC-funded Injury Control Research Center (ICRC) and focuses on the investigation and prevention of injuries to children and adolescents.

This is the first published study using nationally representative data to examine bathtub- and shower-related injuries. Data for this study were collected from the National Electronic Injury Surveillance System (NEISS), which is operated by the U.S. Consumer Product Safety Commission. The NEISS dataset provides information on consumer product-related and sports and recreation-related injuries treated in hospital emergency departments across the country.

The Center for Injury Research and Policy (CIRP) of The Research Institute at Nationwide Children's Hospital works globally to reduce injury-related pediatric death and disabilities. With innovative research as its core, CIRP works to continually improve the scientific understanding of the epidemiology, biomechanics, prevention, acute treatment and rehabilitation of injuries. CIRP serves as a pioneer by translating cutting edge injury research into education, policy and advances in clinical care. Learn more about CIRP at http://www.injurycenter.org.

CDC's Injury Control Research Centers are located at universities and medical institutions throughout the United States. These research centers bring together scientists with different areas of expertise in an effort to find new and more effective ways to prevent, reduce and respond to injuries. The work of the research centers includes identifying important research questions, conducting studies that address gaps in current knowledge, teaching future injury professionals, and providing injury-related assistance and recommendations. For more information about the CDC's injury prevention work, visit http://www.cdc.gov/injury. Full descriptions of current research and education projects conducted by the CDC Injury Control Research Centers may be accessed at www.cdc.gov/ncipc/profiles/icrcs/default.htm.

EDITOR'S NOTE: This study was conducted prior to CDC funding being awarded to this ICRC. 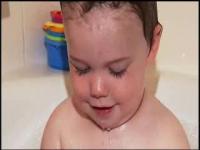