Over millennia, civilizations progressed through the Stone, Bronze, and Iron Ages. Now the time has come for quantum materials to change the way we live, thanks in part to research conducted at the Institut National de la Recherche Scientifique (INRS) and McGill University.

Professor Emanuele Orgiu, a researcher at INRS and a specialist in quantum materials. These materials are only a few atoms thick, but have remarkable optical, magnetic, and electrical properties. Professor Orgiu's research focuses on creating patterns on the surface of quantum materials in order to alter their properties.

"The shape of the drawings helps determine the properties imparted upon the surface," he explains.

His work has potential applications for (opto)electronic devices such as transistors and photosensors, but also for biosensing devices.

The quantum materials expert has just taken a big step forward by synthesizing macrocycles--large circular molecules--on a graphite surface. This material consists of a stack of graphene, a single atom-thick sheet of carbon. Graphene is considered a quantum material.

"Think of macrocycles as tiny Lego blocks. It's impossible to build a ring in solution, a homogeneous mixture in which the blocks are diluted. But you can do it if you put them on a table," said Professor Orgiu, lead author on a new study, the results of which were published online on February 18 in the journal ACS Nano.

In short, the postdoctoral researcher in Orgiu's group, Chaoying Fu, who is the first author of the study, has found a way to use macrocycles to draw molecular patterns on a material's surface.

"The macrocycles are deposited on the surface in solution and only the molecules are left once the liquid has evaporated. We can predict how they will fit together, but the alignment happens naturally through the interactions with neighbouring molecules and the surface," Professor Orgiu explains.

The study was conducted in collaboration with Dmitrii F. Perepichka, a professor in McGill's Department of Chemistry, whose expertise helped understand how certain molecules could arrange themselves on the surface of graphite.

"This is a great example of the power of a multidisciplinary approach where we combined organic synthesis and surface science. The level of control we achieved over the shape and the structure of synthesized molecules is quite remarkable," says Perepichka.

Orgiu said the shape and size of macrocycles made them the ideal candidate to draw on the graphite's surface.

"The advantage of these molecules is the large pores in their structure. We may eventually be able to use our macrocycles as a frame and decorate the pores with biomolecules that would promote biosensing properties of the surface. This is certainly one of our next steps for future projects." 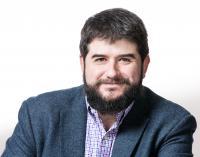 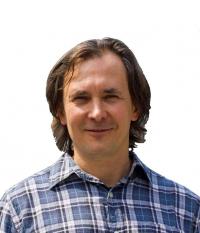