Scientists have successfully sequenced the genome of a baby in the womb without tapping its protective fluid sac. This non-invasive approach to obtaining the fetal genome is reported in the June 6 issue of Science Translational Medicine, a journal of the American Association for the Advancement of Science.

Maternal blood sampled at about 18 weeks into the pregnancy and a paternal saliva specimen contained enough information for the scientists to map the fetus' DNA. This method was later repeated for another expectant couple closer to the start of their pregnancy. The researchers checked the accuracy of their genetic predictions using umbilical cord blood collected at birth.

Jacob Kitzman and Matthew Snyder, working in the laboratory of Dr. Jay Shendure, associate professor of genome sciences at the University of Washington, led the study. Kitzman is a National Science Foundation Graduate Research Fellow.

Scientists have long known that a pregnant woman's blood plasma contains cell-free DNA from her developing fetus. Fetal DNA appears in the mother's plasma a few weeks after conception. It rises during gestation and normally vanishes after the baby arrives. While the concentration varies among individuals, about 10 percent of the cell-free DNA in a pregnant woman's blood plasma comes from her fetus.

Based on this phenomenon, other research labs are designing maternal blood tests for major aberrations in the fetus's genetic makeup. The tests are considered a safer substitute for the more invasive sampling of fluid from the uterus, a common procedure in obstetrical practice. These new tests search for just a few genetic disorders or specific congenital abnormalities. For example, a test targeted for Down syndrome would look for evidence of three copies of chromosome 21.

Kitzman explained what distinguishes his team's latest methods is the ability to assess many and more subtle variations in the fetus' genome, down to a minute, one-letter change in the DNA code.

"The improved resolution is like going from being able to see that two books are stuck together to being able to notice one word misspelled on a page," said Kitzman.

With technical advances as well as statistical modeling, the research group overcame several obstacles that had stymied previous efforts to determine fetal genomes. With a preponderance of maternal rather than fetal DNA in plasma samples, a major problem was figuring out which genetic variants had passed from mother to child. The scientists applied a recently developed technique to resolve the mother's haplotypes, which are groups of genetic variations residing on the same chromosome. From these groupings, the researchers could pick out the parts of the baby's genetic material inherited from each parent with over 98 percent accuracy.

"It was rewarding to apply biostatistics to help solve this problem," said Snyder, who came to genome sciences from the fields of statistics and economics.

Still, he added, there is more work to be done to improve this technique. The researchers pointed to the need for a more robust, scalable, overarching protocol, as well as ways to lower costs and automate and standardize parts of the process.

A child can have genetic variations not shared with either parent. These brand new or de novo mutations can occur during egg or sperm formation or at or near conception. Because de novo mutations underpin a substantial proportion of dominant genetic disorders, searching for them is critical to comprehensive prenatal genetic diagnosis. The researchers showed that ultra-deep sequencing, computational biology and statistics could locate de novo mutations genome-wide in the growing fetus. They discovered 39 of the baby's 44 de novo mutations while it was a fetus.

The results suggest that a more refined, less costly version of their approach might make prenatal genetic screening vastly more comprehensive. Although technical and analytical difficulties currently exist, the researchers anticipate removal of these hindrances.

"This work opens up the possibility that we will be able to scan the whole genome of the fetus for more than 3,000 single-gene disorders through a single, non-invasive test," said Shendure. Although each specific disorder is rare, in aggregate single-gene diseases, also called Mendelian disorders because of their mode of inheritance, affect about one percent of newborns. The serious nature of these diseases often calls for specialized medical attention.

Shendure mentioned recent advances in detection of de novo mutations which have underscored the important role they play in disorders with more complex origins. These include, but are not limited to, some cases of autism, epilepsy, schizophrenia, or intellectual impairments. However, using genome sequencing to predict and communicate risk to patients would be hard in a clinical setting, due to limited knowledge about multi-gene diseases and their many contributing factors beyond genetics.

"The capacity of genomics to generate data is outstripping our ability to interpret it in ways that are useful to physicians and patients," said Shendure, who is an M.D. /Ph.D medical scientist. "Although the non-invasive prediction of a fetal genome is now technically feasible, its interpretation – even for single-gene Mendelian disorders -- will remain an enormous challenge."

The project, "Non-invasive whole genome sequencing of a human fetus," was supported in part by a grant from the National Human Genome Research Institute at the National Institutes of Health and a gift from the Washington Research Foundation. 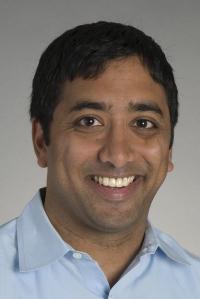 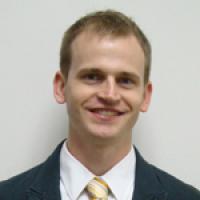