The common understanding of evolution is that it is a battle for survival: one must either "scrunch or be scrunched," as Nicodemus Boffin, the Dickens' character, famously says.

So it is intriguing that many birds will forgo reproduction to assist other birds in the care and protection of young. Cooperative breeding, as this behavior is called, is an apparent evolutionary paradox since helpers seem to be acting in ways that increase the fitness of others at their own cost.

Because species that are cooperative breeders are concentrated in geographic hot spots, scientists have long suspected that basic features of the environment play a role in its evolution.

"This difference of opinion is difficult to reconcile, because people have come to opposite conclusions based on very similar metrics of environmental variation."

In the June 21, 2017, issue of PLOS Biology, Botero and an international collaboration of scientists, led by Michael Griesser of the University of Zurich in Switzerland, publish a phylogenetic study of 3,005 bird species that appears to resolve the discrepancy.

Their analysis shows that birds form family groups before they begin to help at the nest. This two-step framework resolves the disagreement over the role of the environment in the evolution of cooperative breeding.

It also offers a glimmer of hope for the harshening future, since it suggests some species already living as families may be able to avoid extinction by completing the transition to cooperative breeding as the climate becomes more unpredictable.

Cooperative breeding in birds is widespread and well-studied, Botero said, but studies that have tried to pick out the selective pressures leading to its evolution have had confusing and inconsistent results.

Some scientists have pointed out that many cooperative breeders inhabit areas where environmental conditions such as rainfall or productivity are stable and predictable. So bird populations increase, sometimes to the point where they saturate habitat. Younger birds may opt to become helpers because they are unable to hold a territory.

Other scientists have been impressed by the fact that many cooperatively breeding species live in parts of the world where the climate is harsh, fluctuating and unpredictable. Under these conditions, they've suggested, cooperative breeding might be an advantage because it allows bird populations to increase rapidly during favorable years but buffers them from decline during periods of harshness.

A famous example that fits this pattern is the African starling. Field work comparing cooperatively breeding starlings, such as the superb starling, and noncooperative breeders, such as the great blue-eared starling, have found that the cooperative birds are able to breed in years when conditions were so poor the less social birds could not raise young.

Botero and his colleagues set out to reconcile these discrepancies by testing their hypotheses against the natural history of birds in the Global Phylogeny of Birds.

"The first thing we did was to ask whether there was evidence that evolving cooperation is a two-step process," Botero said. "We found that the most likely ancestral birds bred and lived in pairs, so we wondered if birds didn't first evolve the ability to maintain family groups, and only then evolved helping at the nest.

"The premise was that if there were truly two steps, by ignoring the intermediate step, we might be coming to the wrong conclusion about the environmental parameters that favor the evolution of sociality. Specifically, the factors that promote family living might have been inadvertently confused with those that promote helping at the nest," he said

Having established that there are two transitions instead of one, they took a closer look at the environmental conditions that favor each transition. As they had anticipated, they discovered that many of the conditions currently believed to promote the transition to cooperative breeding probably drove the initial transition to family living instead.

The two-transition model better explains the geographic distribution of cooperative breeding. Many of the hotspots for this trait -- such as southern African, Australia and northern South America -- are places that have undergone dramatic climate change, Botero said. Sedentary species, initially exposed to conditions that favored family living, may have found themselves exposed to selection for cooperative breeding as climates changed over time.

He says he is a bit surprised that such a clean narrative emerged from the data "because all the different components that go into this kind of analysis have the potential to interact in very complex ways."

On the other hand, he is pleased the story that emerged not only helps to improve our understanding of the evolution of cooperative breeding, but also sheds some light on why scientists who have studied the same phenomenon using very similar data have reached such different conclusions in the past.

"I wish I thought this was the definitive answer to the question of how sociality arises," Botero said. "But it is a step in our attempt to understand a really complex process. "

How did bird babysitting co-ops evolve?

Family Livers but Not Yet Babysitters 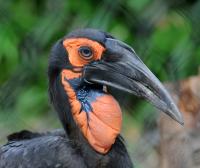