As cells develop, changes in how our genes interact determines their fate. Differences in these genetic interactions can make our cells robust to infection from viruses or make it possible for our immune cells to kill cancerous ones.

Understanding how these gene associations work across the development of human tissue and organs is important for the creation of medical treatments for complex diseases as broad as cancer, developmental disorders, or heart disease.

A new technology called single-cell RNA-sequencing has made it possible to study the behaviour of genes in human and mammal cells at an unprecedented resolution and promises to accelerate scientific and medical discoveries.

Together with a team of international collaborators from China, the US and the UK, University of Sydney scientists have developed an analytical approach for this single-cell sequencing, which is able to test for broad changes in gene behaviour within human tissue. It has been called single-cell higher-order testing, or scHOT.

Published today in Nature Methods, the team has demonstrated the effectiveness of this method by identifying genes in mice whose variability change in cells during embryonic liver development.

Led by Professor Jean Yang in the School of Mathematics and Statistics, the team has also found novel pairs of genes that co-vary in expression across the mouse olfactory bulb, an important tissue for understanding neurodevelopmental diseases.

Together these illustrate scHOT as a powerful new tool that will uncover hidden gene associations in our cells and facilitate the full exploitation of these cutting-edge single-cell technologies to make important biological discoveries.

This research will help to uncover hidden gene associations in our cells providing a new way to view and describe biological complexity.

This research is part of a series of single-cell data science tools developed by the bioinformatics research team at the University of Sydney.

Professor Jean Yang | jean.yang@sydney.edu.au
School of Mathematics and Statistics
The University of Sydney

Hidden in our genes: Discovering the fate of cell development 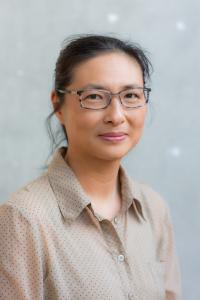