New York, NY--April 17, 2019--Engineering bacteria to intelligently sense and respond to disease states, from infections to cancer, has become a promising focus of synthetic biology. Rapid advances in genetic engineering tools have enabled researchers to "program" cells to perform various sophisticated tasks. For example, a network of genes can be wired together to form a genetic circuit in which cells can be engineered to sense the environment and modulate their behavior or produce molecules in response.

Recent research has found that many bacteria selectively colonize tumors in vivo, prompting scientists to engineer them as programmable vehicles, biological "robots" in other words, to deliver anticancer therapeutics. Researchers are also developing new, "smart" medicines by programming bacteria to tackle other diseases, such as gastrointestinal disease and infections. Key to advancing such "living medicines" is being able to identify the best therapeutic candidates.

However, while current synthetic biology tools can create an enormous number of programmed cells, researchers' dependence on animal-based testing has greatly limited the number of therapies that can be tested and how quickly. In fact, the ability to rapidly engineer new therapies for humans far outpaces the throughput of animal-based testing, creating a major bottleneck for clinical translation.

Researchers at Columbia Engineering report today in PNAS that they have developed a system that enables them to study tens to hundreds of programmed bacteria within mini-tissues in a dish, condensing the time of study from months to days. As a proof of concept, they focused on testing programmed antitumor bacteria using mini-tumors called tumor spheroids. The speed and high throughput of their technology, which they call BSCC for "bacteria spheroids co-culture," allows for stable growth of bacteria within tumor spheroids enabling long-term study. The method can also be used for other bacteria species and cell types. The team, led by Tal Danino, assistant professor of biomedical engineering, says that, to their knowledge, this study is the first to rapidly screen and characterize bacteria therapies in vitro and will be a useful tool for many researchers in the field.

"We're very excited at how efficient BSCC is and think it will really accelerate engineered bacterial therapy for clinical use," Danino says. "By combining automation and robotics technology, BSCC can test a large library of therapies to discover effective treatments. And because BSCC is so broadly applicable, we can modify the system to test human samples as well as other diseases. For example, it will help us personalize medical treatments by creating a patient's cancer in a dish, and rapidly identify the best therapy for the specific individual."

The researchers knew that while many bacteria can grow inside a tumor because of the reduced immune system there, bacteria are killed outside the tumor where the body's immune system is active. Inspired by this mechanism, they searched for an antibacterial agent that can mimic the bacteria "killing" effect outside the spheroids.

They developed a protocol to use the antibiotic gentamicin to grow bacteria inside spheroids that are similar to tumors in the body. Using BSCC, they then rapidly tested a broad range of programmed anticancer bacterial therapies made of various types of bacteria, genetic circuits, and therapeutic payloads.

"We used 3D multicellular spheroids because they recapitulate conditions found in the human body, such as oxygen and nutrient gradients--these can't be made in a traditional 2D monolayer cell culture," says the paper's lead author Tetsuhiro Harimoto, who is a PhD student in Danino's lab. "In addition, the 3D spheroid provides bacteria with enough space to live in its core, in much the same way that bacteria colonize tumors in the body, also something we can't do in the 2D monolayer culture. Plus, it's simple to make large numbers of 3D spheroids and adapt them for high-throughput screening."

The team used the BSCC's high-throughput system to rapidly characterize pools of programmed bacteria and then to quickly narrow down the best candidate for therapeutic use. They discovered a potent therapy for colon cancer, using a novel bacterial toxin, theta toxin, combined with an optimal drug delivery genetic circuit in attenuated bacteria Salmonella Typhimurium. They also found new combinations of bacterial therapies that can improve anticancer efficacy even more.

The researchers compared their BSCC results to those found in animal models, and found similar behavior of bacteria in those models. They also discovered that their top candidate, theta toxin, is more potent than therapies created in the past, demonstrating the power of BSCC's high-throughput screening.

While Danino's group focused on cancer therapy in this study, they hope to expand BSCC to characterize bacteria-based therapeutics for various diseases, including gastrointestinal disease and infections. Their ultimate goal is to use these new bacterial therapies in clinics around the world.

The study is titled "Rapid screening of engineered microbial therapies in a 3-D multicellular model."

Authors are: Tetsuhiro Harimoto a, Zakary S. Singer a, Oscar S. Velazquez a, Joanna Zhang a, Samuel Castro a, Taylor E. Hinchliffe a, William Mather b, and Tal Danino a,c,d.

T.H., Z.S.S., and T.D. have filed a provisional patent application with the US Patent and Trademark Office related to this work.

Bacterial therapy in a dish

Image 1: Schematic of Workflow for Rapid Testing of Engineered Bacterial therapy in a Dish 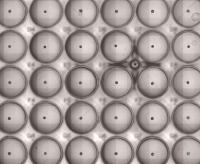 Image 2: the Platform Allows Evaluation of Hundreds of Engineered Bacterial therapies in a Dish