The discipline of fracture mechanics is required only because of the limitations of continuum mechanics. What if a theory for the deformation of solids included both continuous and cracking behavior by design?

The new book "Introduction to Practical Peridynamics" by Walter Gerstle develops a computational approach to the simulation of solids that is much more efficacious than current finite element approaches.

"Introduction to Practical Peridynamics" proposes a departure from business as usual in the computational simulation of solids. Solid mechanics has until now usually been framed in terms of stress and strain. Indeed, the modern concept of "material" arises from, and is almost inseparable from, the concepts of strain and stress, which Augustin-Louis Cauchy invented in the early 1820s.

The Navier-Cauchy linear partial differential equations of elasticity, as well as the Navier-Stokes equations of fluid mechanics, served as the archetype from which the more general discipline of continuum mechanics arose in the 1950s, primarily through the publications of Truesdell and Noll. Concurrently, to model cracking, which continuum mechanics fails adequately to address, Griffith, Irwin and many others invented the discipline of fracture mechanics.

With the advent of computers in the 1950s, structural engineers sought methods to solve realistic problems in structural mechanics, and the finite element method provided the necessary bridge that allowed engineers to solve the Navier-Cauchy equations of linear elasticity on a computer. Although the finite element method has been wildly successful, and it continues to be very important in analyzing and designing countless modern technologies, "Introduction to Practical Peridynamics" strives for the simplest possible computational model for solid bodies that both yields practical engineering results and that also connects in a meaningful way with the human mind.

In recent years, computers have become more and more powerful. Walter Gerstle, a professor of civil engineering at the University of New Mexico, has become increasingly uncomfortable teaching engineering practices that ignore the power of computers. In response to improvements in computer power, Gerstle has written a book that makes direct use of computers in presenting a theory of deformable solids. This book challenges a two-hundred year old approach to mathematical modeling of solid bodies.

More information about "Introduction to Practical Peridynamics: Computational Solid Mechanics Without Stress and Strain" is found at http://www.worldscientific.com/worldscibooks/10.1142/9687. The book retails at US$85 / £56 (hardcover). If you require a review copy, any additional information, or would like to interview the author(s), please contact Jason Lim at cjlim@wspc.com.sg.

World Scientific Publishing is a leading independent publisher of books and journals for the scholarly, research and professional communities. The company publishes about 600 books annually and about 130 journals in various fields. World Scientific collaborates with prestigious organisations like the Nobel Foundation, US National Academies Press, as well as its subsidiary, the Imperial College Press, amongst others, to bring high quality academic and professional content to researchers and academics worldwide. To find out more about World Scientific, please visit http://www.worldscientific.com. 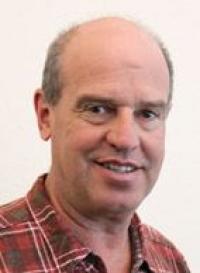