UC Riverside is leading an effort that could help ensure food security and improve the worst effects of climate change -- by studying rock-eating bacteria and fungi.

These microbes break apart chemical bonds in deep underground layers of rocks, then die and release nutrients such as nitrogen and phosphorus into the soil. Aside from fertilizer, this is the main way soil obtains these nutrients, and agriculture is dependent on the process.

"Despite how critical they are for food production, our general knowledge of microbes in soils is so lacking," said Emma Aronson, associate professor of microbiology and plant pathology.

A new $4.2 million National Science Foundation grant aims to close the gap in scientists' understanding. It will enable scientists to install sensors in the ground at five different sites and monitor the microbes' activity for the next five years.

The sensors will measure, among other things, carbon dioxide concentration at these sites throughout the five years of the study. "We'll be able to watch the microbes breathing deep in the soil," Aronson said.

The sites have been chosen because they represent different ecosystems, including a location in Idaho, the Luquillo Experimental Forest in Puerto Rico, the Great Smoky Mountains in South Carolina, the Santa Catalina mountains in Arizona, and the southern Sierra Nevada in California.

Aronson, principal investigator of the project, said her team's preliminary studies revealed bacterial behavior they could not explain. They found greater changes in the bacteria the deeper they looked in the soils, but only in half of the locations they sampled. With the other half, the bacteria did not change with depth.

"We want to understand why that is," Aronson said. "How much is this driven by rock types at the different sites? What role does vegetation play? Why do they live where they do? This grant will help us answer questions like these that will then allow scientists to test for more applied uses."

One application of the research could include a tool to help trap carbon in the ground. Researchers may be able to identify some deep soil bacteria that are better at extracting nutrients from rocks than others. Those bacteria would allow plants to become larger and, if they have extra nutrients, take up more carbon that would otherwise end up in the atmosphere, trapping heat.

This project brings together a coalition of scientists to examine the Earth's active outer layer known as the critical zone, which extends from the top of the tallest tree down to the microbes in the bedrock. Partnering institutions include UC Berkeley and UC Merced, as well as the University of Arizona, Idaho State University, Kansas University, and the University of New Hampshire.

A chief benefit of the project is its interdisciplinary nature, allowing collaboration between microbiologists, ecologists, geoscientists, soil, and rock scientists.

"We are all joining to do work that we can only do together," Aronson said. 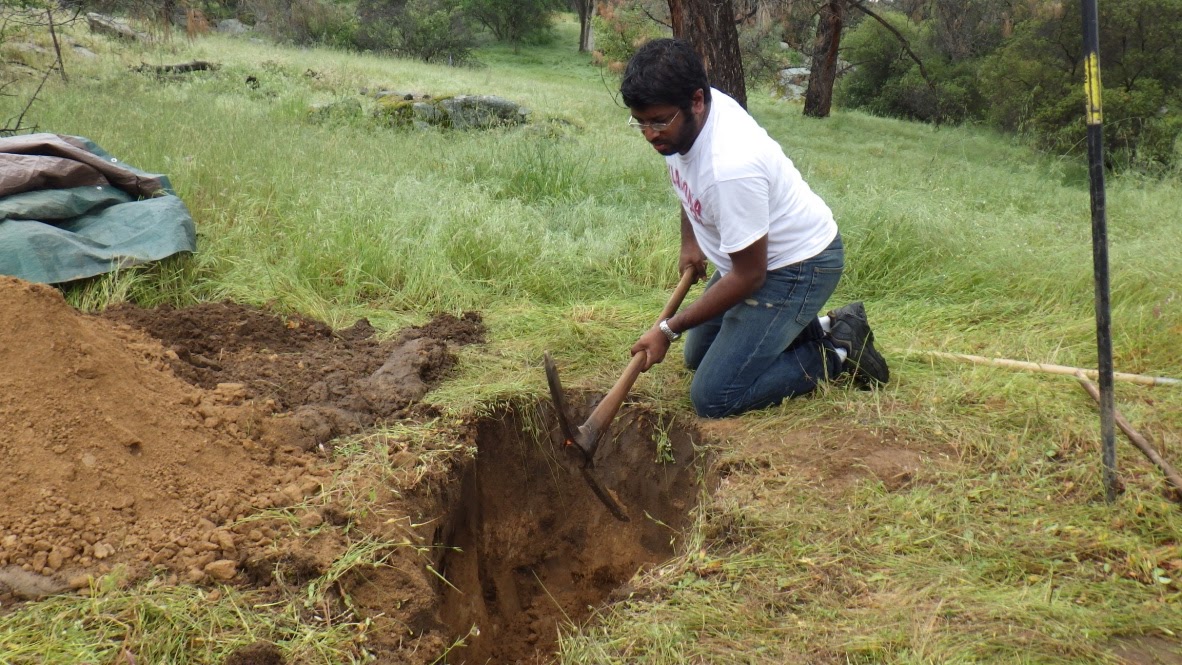