LA, JOLLA, CA - April 5, 2016 - Scientists at The Scripps Research Institute (TSRI) and collaborating institutions have described the first-ever immature or "teenage" antibody found in a powerful class of immune molecules effective against HIV.

"This is actually the first example of how we can go back to the really early stage to see how this antibody lineage was born and can develop," said TSRI biologist Jiang Zhu, who served as co-senior author of the study.

The research was an international collaboration, also led by Yuxing Li of the University of Maryland, Yiming Shao of the Chinese Center for Disease Control and Prevention (China CDC), Peking University and Nankai University and Ian Wilson of TSRI.

The new knowledge of the evolution and key traits of anti-HIV antibodies could help researchers design a vaccine to prevent AIDS.

The study, published April 5, 2016, online ahead of print, will be featured as the cover story of the journal Immunity.

HIV has been hard to beat because the virus mutates rapidly and has a sturdy set of defenses--including a "shield" of glycan molecules on the surface of its envelope glycoproteins. These glycoproteins are the viral machinery used to make initial contact and subsequently infect human host cells.

Because HIV presents such a challenge to the immune system, scientists can't use traditional methods to create a vaccine. Instead, Zhu explained, they have to "reverse engineer" the right vaccine candidates using rare effective antibodies from HIV-positive patients as guides.

The antibody in the new study came from a patient in China who was what scientists call an "elite" controller, meaning the patient's immune system had managed to create antibodies with some ability to fight the disease. The patient was among the top 5 percent of neutralizers assessed in a screening of hundreds of Chinese HIV patients by China CDC scientists.

Genetically, the antibody found in this donor resembled members of the VRC01 class of antibodies, which are "broadly neutralizing antibodies," named for their ability to target a key site of vulnerability on many strains of the virus.

Yet the new antibody also lacked one of the key structural traits of VRC01 antibodies. "There was something a little bit weird about this antibody," said Zhu.

Further studies into the antibody's genetics and structure showed that it was a precursor to mature VRC01 antibodies--in other words, it represented a middle stage in the evolution of this class of HIV killers.

Zhu called the antibody a "teenager" and said it gives scientists a unique view of the steps needed to prompt the immune system to effectively target HIV.

The researchers studied samples taken from the patient over five years, starting in 2006 when Zhu said the antibody was a "toddler." Each sample showed the antibody in a different stage of development, giving researchers a possible guide for how to elicit these antibodies with a vaccine.

Zhu and his colleagues were surprised to find that the antibody evolved rapidly between 2006 and 2008, gaining many of the traits it would need to fight HIV. This finding contradicts previous studies suggesting that it can take up to 10 to 15 years for VRC01 antibodies to develop useful traits.

"That was a solid theory--until we saw the antibody from this donor," said Zhu.

"Now we know these specialized antibodies can evolve in just one or two years," added TSRI Research Associate Yajing Chen, who served as co-first author of the study with Leopold Kong (formerly of TSRI, now at NIH), TSRI Staff Scientist Linling He, and Bin Ju, Jiandong Liu and Li Ren of the China CDC.

Zhu said this discovery is encouraging, since an HIV vaccine will also need to prompt the body to make antibodies quickly.

The scientists also spotted a hurdle they will have to overcome as they engineer their own antibodies: The teenage VRC01 has a slightly longer amino acid chain at one site than the mature version, and this chain clashes with part of the glycoprotein shield (gp120) on HIV and prevents the antibody from effectively neutralizing the virus.

The researchers managed to tweak the immature antibody to make it into a broadly neutralizing antibody. "As long as you have some of those VRC01 signatures, a teenage-stage antibody can become a killer for HIV," said Zhu.

The researchers also noted that this is the first time a VRC01-like antibody has been isolated from a patient of Asian descent--the other VRC01s had come from African or Caucasian patients. This means people with different genetic backgrounds may benefit from a vaccine that harnesses a person's ability to make VRC01s.

"This could be important for developing a universal HIV vaccine," Zhu said.

In addition to Zhu, Li, Shao and Wilson (who is Hansen Professor of Structural Biology and chair of the Department of Integrative Structural and Computational Biology at TSRI), authors of the study, "Key gp120 glycans pose roadblocks to the rapid development of VRC01-class antibodies within an HIV-1-infected Chinese donor," were Linling He and Marc C. Deller of TSRI; Gabriel Ozorowski, Yuanzi Hua, Fernando Garces, Kaifan Dai, Andrew B. Ward of TSRI and the International AIDS Vaccine Initiative (IAVI); Richard Wilson of IAVI; Kunxue Hong, Zheng Wang, Xiaolin Ji, Yanling Hao, Yi Feng and Yanli Chen of the Chinese Center for Disease Control and Prevention; Bin Su of the Jiangsu Provincial Center for Disease Control and Prevention; Sijy O'Dell, Krisha McKee and John R. Mascola of the National Institutes of Health Vaccine Research Center; and Richard T. Wyatt of TSRI, IAVI and the Center for HIV/AIDS Vaccine Immunology and Immunogen Discovery (CHAVI-ID).

The Scripps Research Institute (TSRI) is one of the world's largest independent, not-for-profit organizations focusing on research in the biomedical sciences. TSRI is internationally recognized for its contributions to science and health, including its role in laying the foundation for new treatments for cancer, rheumatoid arthritis, hemophilia, and other diseases. An institution that evolved from the Scripps Metabolic Clinic founded by philanthropist Ellen Browning Scripps in 1924, the institute now employs about 2,700 people on its campuses in La Jolla, CA, and Jupiter, FL, where its renowned scientists--including two Nobel laureates--work toward their next discoveries. The institute's graduate program, which awards PhD degrees in biology and chemistry, ranks among the top ten of its kind in the nation. For more information, see http://www.scripps.edu. 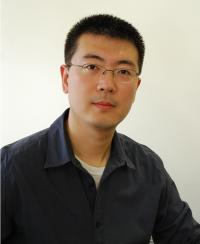