SACRAMENTO, Calif. (Feb. 11, 2016) - NeuroVision Imaging LLC has announced completion of a nonexclusive license agreement with Janssen Research & Development LLC, one of the Janssen Pharmaceutical Companies of Johnson & Johnson, that will significantly expand the companies' collaboration.

The agreement calls for Janssen to provide an initial upfront payment as well as payments for participation in clinical trials and also a milestone payment for regulatory approval.

"In terms of emotional toll and financial cost, Alzheimer's disease is one of the greatest medical challenges of our time. As potential therapies are developed, it is critical that at-risk patients are identified early, before symptoms are seen, at a time when treatments have the potential to make a difference. We believe Janssen's support and participation will further validate the NeuroVision technology for detection and measurement of beta-amyloid plaque in Alzheimer's disease, and its progression. We are thrilled to collaborate with Janssen, and look forward to helping empower and enable new treatments," said Steven Verdooner, CEO of NeuroVision, Sacramento, California.

The NeuroVision technology already is being studied in several clinical trials in the U.S. and Australia.

Procedures now used to detect amyloid for clinical trials and for the diagnosis of Alzheimer's disease include positron emission tomography, or PET scans, and cerebrospinal fluid analysis. In addition to being invasive, inconvenient and costly for clinical trial recruitment, these are impractical for routine screening, disease monitoring and evaluation of response to therapy.

Retinal imaging for amyloid detection in Alzheimer's disease is based on the fact that the retina, at the back of the eye, is a developmental outgrowth of the central nervous system and shares many of the brain's characteristics. Previous studies found that beta-amyloid plaques that accumulate in the brain as a hallmark sign of Alzheimer's also build up in the retina and share similar plaque structure and other characteristics. This breakthrough was originally discovered by a team at Cedars-Sinai in Los Angeles led by Keith L. Black, M.D., and Maya Koronyo-Hamaoui, Ph.D. NeuroVision holds the exclusive worldwide license to this technology.

About NeuroVision Imaging LLC: NeuroVision was formed in 2010 and is headquartered in Sacramento, California. The company develops digital imaging and diagnostic solutions for Alzheimer's disease (AD) and eye care markets. In a study published in NeuroImage by members of NVI's founding team, under the direction of Keith L. Black, M.D., and Maya Koronyo-Hamaoui, Ph.D., noninvasive retinal imaging was validated in transgenic mouse models and human cadaver studies for the early detection of amyloid beta plaque in the retina. NVI is building upon this research and has developed a proprietary test that utilizes a retinal imaging system and also a proprietary high-bioavailability curcumin formulation. Commercialization plans include establishment of a simple eye test as a standard of care for noninvasive high-resolution optical imaging for detection of amyloid beta plaque in AD diagnosis, prognosis assessment and response to therapies. Dr. Black, the Company's chairman and co-founder, is an internationally recognized neurosurgeon, researcher and thought leader in areas of brain and blood-brain barrier function, enhancing the therapeutic effects of treatments in the brain, and optical imaging of the brain. He is the chair of Cedars-Sinai's Department of Neurosurgery. Steven R. Verdooner, NVI's CEO as well as a Company director, is an experienced medtech industry veteran who has successfully developed commercialized and marketed ophthalmological imaging and measurement systems for other diagnostic applications. 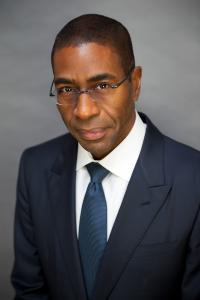