Philadelphia, Jan. 10, 2018 – Defects in mitochondria, the tiny structures that power our cells by functioning as biological batteries, cause an array of complex, often life-threatening disorders that can affect any and all organs and systems. In the absence of validated, effective drug treatments, patients with mitochondrial disease often take a variety of vitamins and supplements, substances that are largely unstandardized, unregulated, and unproven.

Experts in mitochondrial medicine propose to remedy that situation, calling for systematic scientific studies in cells and animals to lay the foundation for clinical trials of precise nutritional interventions for patients with energy deficiency diseases.

“We’re aiming to raise the bar for clinical treatments,” said Marni J. Falk, MD, executive director of the Mitochondrial Medicine Frontier Program at Children’s Hospital of Philadelphia (CHOP). Falk co-authored a new analysis of nutritional interventions for mitochondrial disorders published Nov. 3 in the Annual Review of Pathology: Mechanisms of Disease. “Our major objectives were to review the basic scientific evidence for compounds already being used in mitochondrial disease patients and to advocate a framework for rigorously evaluating their safety and efficacy in this population.”

The review article represents the collaborative effort of expert co-authors from eight centers, including first author Adam J. Kuszak, PhD, of the Office of Dietary Supplements of the National Institute of Health (NIH). The current effort grew out of a 2014 NIH meeting focused on developing an evidence base for nutritional interventions in primary mitochondrial disorders.

“Our analysis made it clear how much more we need to learn about developing effective nutritional treatments for mitochondrial disease,” said co-author Zarazuela Zolkipli-Cunningham, MBChBD, a neuromuscular specialist and attending physician in CHOP’s Mitochondrial Medicine Frontier Program. “There’s a large gap between the compounds that patients are routinely using and the degree to which those compounds have been scientifically tested.”

For instance, Zolkipli-Cunningham pointed to an “astounding variety” of the supplement coenzyme Q10 (CoQ10), sold over the counter in diverse versions and dosages. It is marketed as an antioxidant to reduce biological damage from reactive oxidant molecules.

However, she pointed out, there is no definitive evidence for health benefits from CoQ10. Moreover, there are no standardized formulations for this supplement, so patients may receive widely varying ingredients from one product to another. A third consideration is that a given supplement may act differently in a healthy consumer than in an individual with a mitochondrial disorder, because defects in mitochondria have wide-ranging effects on cellular function. Finally, supplements may act very differently across different subtypes of mitochondrial disease.

“Anything that affects cellular function is biologically acting as a drug, whether you obtain it from a pharmacy or a health food store,” said Falk. “However, unlike prescription medications, which are closely regulated and standardized by the U.S. Food and Drug Administration, vitamins, dietary supplements, and medical foods are considered in our country to be in a separate regulatory category with much less stringent requirements. Their manufacturing standards are not as tightly regulated, and their claims are limited to optimizing general public health, not to treating specific diseases. So we know a lot less about their safety and efficacy in patients.”

In the current study, the authors review the main types of nutritional therapies used in patients with mitochondrial disease. These include micronutrients, such as vitamins and vitamin-related substances like thiamine (B1), riboflavin (B2), nicotinic acid (B3, also known as niacin), and folic acid. Other nutritional therapies include metabolic-modifying agents such as L-arginine, creatine and CoQ10, cellular signaling-pathway modulators such as resveratrol, and macronutrient modifications such as the ketogenic diet.

Preclinical studies in these cell culture systems and laboratory model animals, the authors say, should be used to advance precise treatments for different types of mitochondrial disease, setting the stage for clinical trials in both children and adults.

The Mitochondrial Medicine Frontier Program at CHOP already tests potential therapies in cells, worms and zebrafish, with the goal to discover precision therapies targeted to the distinct genetic disease affecting each patient. Partnering with external sponsors, the program will shortly have four active phase 2 or phase 3 clinical trials under way in mitochondrial disease patients. The program has also now hired a dedicated dietitian, possibly the first dietitian in the U.S. focused on harnessing all aspects of nutrition to improve health in patients with mitochondrial diseases.

“As we move toward translating research leads into therapies to test in individualized, patient-centered clinical trials, we need to focus on improving health outcomes that are meaningful to patients,” said Falk. Patients each typically have more than a dozen symptoms, most commonly muscle weakness, chronic fatigue, exercise intolerance and balance problems—hallmarks of the energy shortages stemming from malfunctioning mitochondria.

“Our toolbox is so much better than what was available 20 years ago,” said Falk, who draws on next-generation sequencing technologies that have enabled researchers to identify approximately 300 different genes in which inherited mutations cause mitochondrial disease. She then integrates the broad advances that have been made in understanding the biology of how mitochondrial dysfunction from different genetic causes leads to disease, together with cutting-edge laboratory techniques and a growing cadre of model systems that can now be readily exploited to prioritize precision-medicine strategies to test in clinical trials. “But of course, we still have a lot of work ahead of us to develop proven, effective nutritional and drug therapies for the diverse array of mitochondrial disease.”

Children’s Hospital of Philadelphia: Children’s Hospital of Philadelphia was founded in 1855 as the nation’s first pediatric hospital. Through its long-standing commitment to providing exceptional patient care, training new generations of pediatric healthcare professionals, and pioneering major research initiatives, Children’s Hospital has fostered many discoveries that have benefited children worldwide. Its pediatric research program is among the largest in the country. In addition, its unique family-centered care and public service programs have brought the 546-bed hospital recognition as a leading advocate for children and adolescents. For more information, visit http://www.chop.edu

Can vitamins and dietary supplements benefit patients with mitochondrial disease? 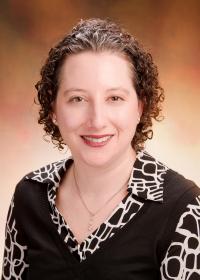