CHAMPAIGN, Ill. — Researchers can predict your performance on a video game simply by measuring the volume of specific structures in your brain, a multi-institutional team reports this week.

The new study, in the journal Cerebral Cortex, found that nearly a quarter of the variability in achievement seen among men and women trained on a new video game could be predicted by measuring the volume of three structures in their brains.

The study adds to the evidence that specific parts of the striatum, a collection of distinctive tissues tucked deep inside the cerebral cortex, profoundly influence a person's ability to refine his or her motor skills, learn new procedures, develop useful strategies and adapt to a quickly changing environment.

"This is the first time that we've been able to take a real world task like a video game and show that the size of specific brain regions is predictive of performance and learning rates on this video game," said Kirk Erickson, a professor of psychology at the University of Pittsburgh and first author on the study. Ann Graybiel, an Institute Professor at the Massachusetts Institute of Technology and Investigator in the McGovern Institute for Brain Research; and Arthur Kramer, a professor of psychology at the Beckman Institute for Advanced Science and Technology at the University of Illinois, were co-principal investigators on the study. Walter Boot, of Florida State University, also contributed to the research.

The study was conducted at the University of Illinois.

Research has shown that expert video gamers outperform novices on many basic measures of attention and perception, but other studies have found that training novices on video games for 20 or more hours often yields no measurable cognitive benefits.

These contradictory findings suggest that pre-existing individual differences in the brain might predict variability in learning rates, the authors wrote.

Animal studies conducted by Graybiel and others led the researchers to focus on three brain structures: the caudate nucleus and the putamen in the dorsal striatum, and the nucleus accumbens in the ventral striatum.

"Our animal work has shown that the striatum is a kind of learning machine – it becomes active during habit formation and skill acquisition," Graybiel said. "So it made a lot of sense to explore whether the striatum might also be related to the ability to learn in humans."

The caudate (CAW-date) nucleus and putamen (pew-TAY-min) are involved in motor learning, but research has shown they are also important to the cognitive flexibility that allows one to quickly shift between tasks. The nucleus accumbens (ah-COME-bins) is known to process emotions associated with reward or punishment.

The researchers began with a basic question about these structures, Kramer said: "Is bigger better?"

They used high-resolution Magnetic Resonance Imaging (MRI) to analyze the size of these brain regions in 39 healthy adults (aged 18-28; 10 of them male) who had spent less than three hours a week playing video games in the previous two years. The volume of each brain structure was compared to that of the brain as a whole.

Participants were then trained on one of two versions of Space Fortress, a video game developed at the University of Illinois that requires players to try to destroy a fortress without losing their own ship to one of several potential hazards.

Half of the study participants were asked to focus on maximizing their overall score in the game while also paying attention to the various components of the game.

The other participants had to periodically shift priorities, improving their skills in one area for a period of time while also maximizing their success at the other tasks.

The researchers found that players who had a larger nucleus accumbens did better than their counterparts in the early stages of the training period, regardless of their training group. This makes sense, Erickson said, because the nucleus accumbens is part of the brain's reward center, and a person's motivation for excelling at a video game includes the pleasure that results from achieving a specific goal. This sense of achievement and the emotional reward that accompanies it is likely highest in the earliest stages of learning, he said.

Players with a larger caudate nucleus and putamen did best on the variable priority training.

"The putamen and the caudate have been implicated in learning procedures, learning new skills, and those nuclei predicted learning throughout the 20-hour period," Kramer said. The players in which those structures were largest "learned more quickly and learned more over the training period," he said.

"This study tells us a lot about how the brain works when it is trying to learn a complex task," Erickson said. "We can use information about the brain to predict who is going to learn certain tasks at a more rapid rate." Such information might be useful in education, where longer training periods may be required for some students, or in treating disability or dementia, where information about the brain regions affected by injury or disease could lead to a better understanding of the skills that might also need attention, he said.

The study was funded by the Office of Naval Research.

END EMBARGO FOR RELEASE UNTIL 9 AM EST WEDNESDAY (JAN. 20)

Your Brain on Video Games 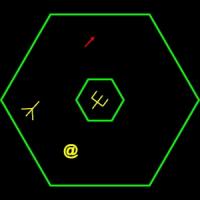