Birds that migrate the greatest distances have more new neurons in the regions of the brain responsible for navigation and spatial orientation, suggests a new paper published in Scientific Reports.

For some time scholars have widely accepted the view that neurons, the cells that specialise in processing and transmitting information and contribute to brain plasticity, continue to be generated in the brains of animals even when they are adults. After being created in one part of the brain, the neurons then migrate to those regions of the brain that need them most.

The international research team, which included scientists from the University of Oxford, focused on the role played by neurons in two species, turtle doves and reed warblers, making their way from Africa to the Middle East or Europe. In both species, the researchers found that the proportion of new neurons increased in line with the migration distance. Interestingly, however, there was a distinct difference between the two species in the areas of the brain that incorporated the new neurons. In reed warblers, birds that migrate as individuals at night, new neurons were found mainly in the hippocampus -- a region associated with navigation. In turtle doves, a species that migrates as a group, the new neurons were found mainly in the nidopallium caudolateral, an area associated with communication skills.

The researchers caught 12 turtle doves and six reed warblers in nets in the Jordan Rift Valley in Israel. All the birds were on a migratory flight from Africa, but the researchers were able to estimate the flight distance already taken by each individual by measuring the isotopic signatures on the birds' feathers. The known values of isotopes of carbon and hydrogen, found in the water, soil and plants, differ according to which part of the world they are located. The researchers matched the known local values of isotopes with the particular values found on the feathers when the bird was captured. When birds lose their old feathers (through moulting) and grow new ones, they incorporate the isotopic signature of where they have been through the food and water they have ingested.

Then, these migration distances were compared with the amount of new neurons incorporated into the birds' brains. This was done by selectively colouring brain cells in several relevant regions: once -- for identifying new cells, and then a few weeks again for identifying neuron cells. Those coloured twice were identified as new neurons. The researchers discovered that both species show a trend of increasing new neurons in line with migration distance and that different brain regions were affected.

Researcher Dr Uri Roll, from the School of Geography and the Environment at the University of Oxford, said: 'These preliminary findings suggest a potentially exciting, new avenue of research. What we humans do during the day may actually make us more "brainy" as our regular activities may actually determine how our brains adapt and in which areas. In the long term, there are implications for how species evolve. For example, other research already suggests that birds that hoard food in particular periods incorporate new neurons in brain regions responsible for memory and spatial orientation. This latest paper builds on that work, suggesting that birds that need greater navigational help have more new neurons in that part of the brain while those that need to keep up with the flock incorporate new neurons in a different area.'

Study suggests that longer-distance migratory birds may be smarter 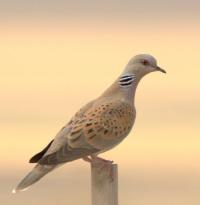