TAMPA, Fla., June 15 -- With infectious diseases increasing worldwide, the need to understand how and why disease outbreaks occur is becoming increasingly important. Looking for answers, a team of University of South Florida (USF) biologists and colleagues found broad evidence that supports the controversial 'dilution effect hypothesis,' which suggests that biodiversity limits outbreaks of disease among humans and wildlife.

The paper describing their research appears in a recent issue of the Proceedings of the National Academy of Sciences.

'The dilution effect hypothesis is important because it warns that human-mediated biodiversity losses can exacerbate disease outbreaks, yet it has been contentiously debated,' said study lead author Dr. David Civitello, postdoctoral researcher in the Department of Integrative Biology at USF.

Much of the debate about the dilution effect hypothesis has focused on whether it applies generally or only to a few select parasites. Until now, there have been no quantitative assessments to broadly support or refute it, and the lack of evidence has hampered understanding the relationship between biodiversity and disease risk.

In reaching their conclusions, the research team reviewed more than 200 assessments relating biodiversity to disease and found that the dilution effect applied broadly to many parasitic species.

'Our study found broad evidence that species-rich communities suffer less infectious disease, and the magnitude of this effect was independent of host density, study design, type and specialization of parasites, and whether the parasite infected humans or wildlife, indicating that dilution was robust across all ecological contexts examined,' stated Civitello. 'This suggests that maintaining biodiversity in nature could reduce the abundance of many parasites of humans and wildlife,' explained Civitello. 'Conversely, human-induced declines in biodiversity could contribute to increases in both human and wildlife diseases.'

According to the study's senior co-author Dr. Jason Rohr, associate professor in the USF Department of Integrative Biology, they also found similar effects of biodiversity in plant-herbivore systems. 'We also found that plant biodiversity reduced the abundance of herbivore pests. So, biodiversity can inhibit two types of harmful natural enemies, parasites and herbivore pests, and this might increase the stability and production of natural ecosystems.'

Their findings not only contribute substantially to a debate in ecology research, said the authors, but also have implications for public health and make a case for better management of natural systems, such as forests and croplands. The researchers suggest that biodiversity conservation programs might provide a strategy to minimize pests and mitigate disease outbreaks that are the consequence of human-induced decreases to biodiversity. They noted, however, that 'biodiversity does not inhibit every natural enemy in every system.'

'Our results highlight the need to move beyond debates over the generality of the dilution effect toward a mechanistic, predictive framework for biodiversity-disease interactions,' said Civitello. 'Nonetheless, a greater understanding of the mechanisms underlying dilution effects is still needed to maximize the chances of designing successful control programs for specific parasites or herbivores.'

Journal
Proceedings of the National Academy of Sciences
Funder
, US Department of Agriculture, , US Environmental Protection Agency 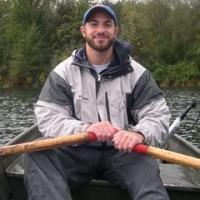