Species across the world are rapidly going extinct due to human activities, but humans are also causing rapid evolution and the emergence of new species. A new study published today summarises the causes of manmade speciation, and discusses why newly evolved species cannot simply replace extinct wild species. The study was led by the Center for Macroecology, Evolution and Climate at the University of Copenhagen.

A growing number of examples show that humans not only contribute to the extinction of species but also drive evolution, and in some cases the emergence of entirely new species. This can take place through mechanisms such as accidental introductions, domestication of animals and crops, unnatural selection due to hunting, or the emergence of novel ecosystems such as the urban environment.

Although tempting to conclude that human activities thus benefit as well as deplete global biodiversity, the authors stress that extinct wild species cannot simply be replaced with newly evolved ones, and that nature conservation remains just as urgent.

"The prospect of 'artificially' gaining novel species through human activities is unlikely to elicit the feeling that it can offset losses of 'natural' species. Indeed, many people might find the prospect of an artificially biodiverse world just as daunting as an artificially impoverished one" says lead author and Postdoc Joseph Bull from the Center for Macroecology, Evolution and Climate at the University of Copenhagen.

The study which was carried out in collaboration with the University of Queensland was published today in Proceedings of Royal Society B. It highlights numerous examples of how human activities influence species' evolution. For instance: as the common house mosquito adapted to the environment of the underground railway system in London, it established a subterranean population. Now named the 'London Underground mosquito', it can no longer interbreed with its above ground counterpart and is effectively thought to be a new species.

"We also see examples of domestication resulting in new species. According to a recent study, at least six of the world's 40 most important agricultural crops are considered entirely new" explains Joseph Bull.

Furthermore, unnatural selection due to hunting can lead to new traits emerging in animals, which can eventually lead to new species, and deliberate or accidental relocation of species can lead to hybridization with other species. Due to the latter, more new plant species in Europe have appeared than are documented to have gone extinct over the last three centuries.

Although it is not possible to quantify exactly how many speciation events have been caused through human activities, the impact is potentially considerable, the study states.

"In this context, 'number of species' becomes a deeply unsatisfactory measure of conservation trends, because it does not reflect many important aspects of biodiversity. Achieving a neutral net outcome for species numbers cannot be considered acceptable if weighing wild fauna against relatively homogenous domesticated species. However, considering speciation alongside extinction may well prove important in developing a better understanding of our impact upon global biodiversity. We call for a discussion about what we, as a society, actually want to conserve about nature" says Associate Professor Martine Maron from the University of Queensland.

Researchers do agree that current extinction rates may soon lead to a 6th period of mass extinction. Since the last Ice Age, 11.500 years ago, it is estimated that 255 mammals and 523 bird species has gone extinct, often due to human activity. In the same period, humans have relocated almost 900 known species and domesticated more than 470 animals and close to 270 plant species. 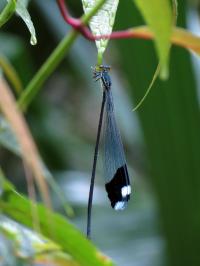