MORGANTOWN, W.Va.--Acute hepatitis C infections rose 98 percent between 2010 and 2015 nationwide, largely because more people were injecting drugs. Using a new needle for every injection can slow the spread of hepatitis C, but getting those new needles isn't always as simple as buying glucose-meter lancets at the pharmacy. And safely disposing of old needles presents a whole other set of problems.

A team of West Virginia University researchers wanted to pinpoint what makes obtaining clean needles--and responsibly getting rid of used ones--difficult. To find out, they surveyed 100 people who attend needle exchange programs. Respondents cited one obstacle more than any other: fear of arrest.

"I believe the biggest barrier to needle exchange is paraphernalia laws and policing behaviors," said Steve Davis, an associate professor in the School of Public Health, who led the study. The team's findings, which appear in Harm Reduction Journal, bear that out. Nearly three-fourths of the study's participants (72 percent) said they "agreed" or "strongly agreed" that they could "get in trouble from the police" for carrying needles around.

"When I talked to people attending needle exchange programs, what I heard was, they don't want to discard needles," Davis said. "In fact, they would get upset at other attendees who perhaps would do that. They would say, 'If I had a child, I wouldn't want them to get stuck with a dirty needle.' But they also don't want to go to prison. So what do they do? Use them real quick and get rid of them--or share them."

As the Centers for Disease Control and Prevention reports, sharing needles is the number one reason people get hepatitis C today. The problem is pernicious in rural Appalachia. Davis' research project is the first to quantify the barriers to using new needles obtained from needle exchange programs in Appalachian locations. The survey respondents were selected from two programs in West Virginia: one in Cabell County and one in Monongalia County. Previous studies focused on large metropolitan populations.

West Virginia is one of few states that doesn't outlaw the purchase or possession of drug paraphernalia, including syringes and hypodermic needles. "But some local laws are being passed that criminalize possession of a new syringe unless a person has a prescription," Davis said, "and some of the people who inject drugs that I interviewed mentioned being cited for possession of new needles. It is my belief that this confusion over conflicting state and local laws contributes to fear of possessing new needles."

Davis suggested that unambiguously decriminalizing syringes and hypodermic needles could make needle exchange easier and curtail hepatitis C infections. He also recommended reframing needle exchange as a method to keep police officers and their families healthy, rather than as a means of enabling addiction or condoning illegal activity.

If a police officer were to accidentally get stuck with a needle while searching a suspect, Davis reasoned, he or she might be less likely to contract hepatitis C if a needle exchange program were flourishing in the community. More opportunities for needle exchange could mean fewer contaminated needles out in the world.

"In talking to law enforcement, we saw this real struggle with, 'If something is illegal, how am I supposed to let that go?'" he said. "But if you can conceptualize needle exchange as being protective, then you can--perhaps--get law enforcement buy-in. One of the police officers I talked to mentioned this."

Needle exchange programs are associated with a reduction in new hepatitis C cases across Europe, Davis explained, but in North America, this association doesn't hold. "The hypothesis," he said, "is that there's this criminal approach--paraphernalia laws and policing behaviors--that doesn't match up with needle exchange, a public health approach." 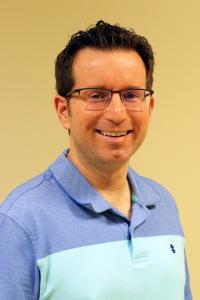