Biodiversity on earth is greatest in the tropics with the number and variety of species gradually diminishing toward the poles. Understanding exactly what shapes this pattern, known as the latitudinal diversity gradient, is not just key to knowing the nature of life on Earth, but it also could help scientists slow biodiversity loss and protect areas of the globe that generate a disproportionate variety of species.

One idea contends that local environmental factors determine the biodiversity of a given region. The other holds that lineages arise elsewhere and enter into adjoining geographical areas to generate the biodiversity of a given region. In the paper, Jablonski and his coauthors argue both factors work in tandem in what they describe as a "perfect storm."

"The gradient involves mutually reinforcing causes--'perfect storms' rather than a single mechanism," Jablonski said. "Many of the most dramatic biotic patterns, past and present, are likely to have been generated by diverse, mutually reinforcing drivers--by both local effects and long-term expansions of geographic ranges."

The researchers argue that these rare "perfect storms" play a key role in the history of life. Candidates include West Pacific "Coral Triangle" diversity peak in today's oceans; the temperate coastlines of southeast Australia and southeast Japan, each of which contain more species than the entire Caribbean region; the Cambrian Explosion of multicellular life 530 million years ago; and the explosive diversifications of both flowering plants and insects over the past 100 million years. "Perfect storms" may also crush biodiversity: the biggest mass extinction in the history of life, at the end of the Paleozoic Era 250 million years ago, may be another example.

For the study, researchers relied on an analysis of marine bivalves, such as scallops, mussels, and cockles, which have become a model system for large-scale spatial and temporal analyses of biodiversity. They show a strong latitudinal diversity gradient that mirrors other groups on land and sea, while their rich fossil record allows for reliable estimates of origination and extinction. Jablonski and his colleagues argued that the case they make using marine bivalves should apply broadly across different groups of organisms.

"I hope that people will be impressed by how much additional understanding we can achieve by integrating fossil data into studies on the ecological and evolutionary drivers of biodiversity," said Paul Fine, professor of integrative biology at the University of California, Berkeley, who did not participate in the research.

The latitudinal diversity gradient of marine bivalves has been greatly impacted by climate changes over the past millennia, but also by the fact that tropical latitudes are the source for almost all lineages of bivalves, Fine added. "Many people will be surprised to see how decoupled bivalve diversity is from latitude, meaning that marine areas with similar environmental conditions (temperature, productivity, etc.) have wildly different bivalve diversity levels," he said. "In other words, history matters, but it is not the only important factor underlying the latitudinal diversity gradient."

The search for unitary mechanisms for the latitudinal diversity gradient is valuable, but the most extreme patterns of biodiversity should take into account diverse, overlapping, mutually reinforcing drivers, the paper concluded. "Perfect storms" may become a crucial part of our understanding of past, present and future diversity on Earth. 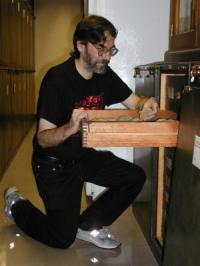