Animal traffickers are taking advantage of remote ivory trade routes to smuggle pangolins - one of the world's most endangered animals - out of Central Africa, a new study has found.

The solitary mammals - sought after for their meat and scales - are being transported across remote forest borders in a largely successful attempt to avoid increased law enforcement, according to groundbreaking research led by the University of Stirling.

In the first ever study to investigate how criminals are sourcing pangolins from African forests, experts found that local hunters in Gabon are selling increasing numbers of the animals to Asian workers stationed on the continent for major logging, oil exploration and agro-industry projects.

In another significant finding, the team discovered that the price for giant pangolins has risen at more than 45 times the rate of inflation between 2002 and 2014.

The study is published in the African Journal of Ecology today, World Pangolin Day, and experts believe it will help law enforcers tackle the increasing problem.

Dr Katharine Abernethy, of the Faculty of Natural Sciences, led the work, which also involved the University of Sussex, Gabonese researchers and other industry partners.

"This is the first study of how illegally traded pangolins may be being sourced from African forests and it shows that the high value paid internationally for large giant pangolin scales is probably affecting their price, even in very remote villages," Dr Abernethy said.

"However, local subsistence hunters are probably not the primary suppliers - this is likely to be criminal hunting organisations, possibly those who are also trading in ivory in the region, as the demand markets are similar."

Found in Asia and Africa, pangolins are scaled, primarily nocturnal animals, which feed predominantly on ants and termites. The eight species of pangolin range from vulnerable to critically endangered, with their meat and scales in high demand, especially in Asia.

With the decline of the Asian species in recent years, there has been a significant increase in the number of African pangolins seized in Asia. Consequently, in 2016, the Convention on International Trade in Endangered Species of Wild Fauna and Flora (CITES) - a multilateral treaty to protect endangered plants and animals - banned all international trade in the African species in a bid to restrict wildlife losses.

The new study focused on Gabon, in Central Africa, where, as in many other countries, domestic hunting and eating of certain species of pangolin is legal.

The team visited communities using pangolins and other wildlife for food, as well as markets in provincial towns and the capital, Libreville, to assess the numbers sold and prices. They found that the relative value of pangolins has increased significantly since 2002 - more than the price for other species and higher than expected under inflation. In Libreville, giant pangolin prices increased 211 per cent over the period, while arboreal pangolin prices rose 73 per cent - despite inflation going up by just 4.6 per cent.

People with Asian connections were significantly more likely to ask for pangolins than any other species, the researchers found. However, illegally-traded pangolins were not detected by law enforcers controlling traditional meat trade chains, but found associated with ivory trading across forest borders.

The study concluded that the high international price of scales was driving up local costs, with hunters increasingly targeting pangolins to sell them on, rather than for home consumption.

Dr Abernethy said: "We conclude that whilst there is clear potential and likelihood that a wild pangolin export trade is emerging from Gabon, traditional bushmeat trade chains may not be the primary support route.

"We recommend adjusting conservation policies and actions to impede further development of illegal trade within and from Gabon.

"As in the ivory trade, law enforcement and international efforts to save pangolins need to target specialised criminal hunters, rather than putting pressure on the subsistence community."

Daniel Ingram, who was involved in the research whilst at the University of Sussex, said: "We are still learning about the scale of trafficking in pangolin meat and scales but every new finding adds very concerning new details about this trade.

"The link between Asian industrial workers working on major projects in Africa and requests for pangolins is worrying, and warrants further investigation."

The study, The emergence of a commercial trade in pangolins from Gabon, was funded by the Gabonese Government student grants service, the Gabon National Parks Agency, and the IUCN SSC Pangolin Specialist Group. 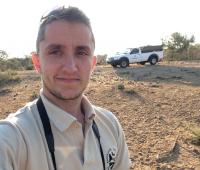