Australia is thought to have remained largely isolated between its initial colonization around 40,000 years ago and the arrival of Europeans in the late 1800s. A study led by researchers of the Max Planck Institute for Evolutionary Anthropology in Leipzig, Germany, now finds evidence of substantial gene flow between Indian populations and Australia about 4,000 years ago. In addition, the researchers found a common origin for Australian, New Guinean and the Philippine Mamanwa populations. These populations followed an early southern migration route out of Africa, while other populations settled in the region only at a later date.

Australia holds some of the earliest archaeological evidence for the presence of modern humans outside Africa, with the earliest sites dated to at least 45,000 years ago, making Australian aboriginals one of the oldest continuous populations outside Africa. It is commonly assumed that following the initial dispersal of people into Sahul (joint Australia-New Guinea landmass) and until the arrival of the Europeans late in the 18th Century, there was no contact between Australia and the rest of the world.

Researcher Irina Pugach and colleagues now analysed genetic variation from across the genome from aboriginal Australians, New Guineans, island Southeast Asians, and Indians. Their findings suggest substantial gene flow from India to Australia 4,230 years ago, i.e. during the Holocene and well before European contact. "Interestingly," says Pugach, "this date also coincides with many changes in the archaeological record of Australia, which include a sudden change in plant processing and stone tool technologies, with microliths appearing for the first time, and the first appearance of the dingo in the fossil record. Since we detect inflow of genes from India into Australia at around the same time, it is likely that these changes were related to this migration."

Their analyses also reveal a common origin for populations from Australia, New Guinea and the Mamanwa – a Negrito group from the Philippines – and they estimated that these groups split from each other about 36,000 years ago. Mark Stoneking says: "This finding supports the view that these populations represent the descendants of an early 'southern route' migration out of Africa, while other populations in the region arrived later by a separate dispersal." This also indicates that Australians and New Guineans diverged early in the history of Sahul, and not when the lands were separated by rising sea waters around 8,000 years ago.

Gene flow from India to Australia about 4,000 years ago 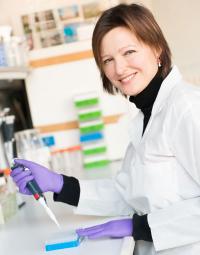