Since the 1900s, neuroscientists have known that the peripheral nervous systems of tetrapods (four-footed animals) vary greatly, but how these differences affect the way that animals walk, run, or move has not been well understood. Now, a study published in the Journal of Experimental Biology on January 27, authored by a New York Institute of Technology anatomy professor, suggests that neuromuscular adaptations in mammals and birds may have allowed them to become more nimble than reptiles and amphibians.

"This research could explain why tigers have a much smoother walk than crocodiles, which lumber and drag their abdomens, and perhaps one reason why today's humans have evolved to walk with such uniform steps," says lead author Michael Granatosky, Ph.D., assistant professor of Anatomy at New York Institute of Technology College of Osteopathic Medicine (NYITCOM).

Tetrapods have small receptors in their muscles called Golgi tendon organs, which protect muscles from forces during locomotion (walking) and other physical activity. When muscle tension becomes dangerous, these receptors signal the nervous system to produce reflexes that release tension and prevent injury. Amphibians and reptiles, which diverged from early tetrapods before mammals and birds, have freeform Golgi tendons located further from the muscle-tendon junction, suggesting that they detect stress across the entire muscle. In contrast, birds and mammals have encapsulated Golgi tendon organs set directly at the muscle-tendon junction, signifying an ability to detect tension in precise muscle areas, which would allow for more controlled motion. Now, researchers pose that birds and mammals owe their agile strides to these finely tuned receptors.

"These structural variations are well known, but no one has questioned what they actually mean for the animals," says Granatosky. "We studied the largest collection of zoological locomotive data to date, which spanned 30 years and 55 species, and found that these variations directly affect how animals respond to the forces acting on their limbs."

Continuing the work of his post-doctorate mentor Callum Ross, Ph.D., professor of Organismal Biology and Anatomy at the University of Chicago, Granatosky analyzed vast sets of data from zoos and research facilities in the U.S., Canada, and Germany. To survey bodyweight distribution in motion, animal steps were measured with a three-dimensional scale called a force plate. Reptile and amphibian strides were found to vary greatly with each step, but mammals and birds crossed the force plate with very consistent strides. The findings suggest that, while in motion, a predictable response to force provides a selective advantage that could conserve energy and allow birds and mammals to swiftly regain footing from a fall. Granatosky also believes that the less responsive nervous systems of reptiles and amphibians may have caused a need for protection that led the animals to adapt stronger bones.

"Reptile and amphibian bones can sustain forces ten times heavier than their weight, whereas bird and mammal bones can only sustain forces two and a half times their weight. It's possible that birds and mammals adapted lighter, more energy-efficient bone structures in response to no longer needing heavy, protective frames that demanded a great deal of energy," he says.

To test his theory, Granatosky will study whether Golgi tendon organs played an evolutionary role in bone density adaptation and energy expenditure. He is also collaborating with New York Institute of Technology engineering, architecture, and digital arts students to build robots that accurately simulate animal locomotion. The first robot will simulate the walking patterns of the blue-tongued skink, an Australian lizard commonly used as a model for early tetrapod locomotion.

New York Institute of Technology offers 90 undergraduate, graduate, and professional degree programs in more than 50 fields of study, including computer science, data, and cybersecurity; biology and biomedical studies; architecture and design; engineering; health professions and medicine; IT and digital technologies; management; communications and marketing; education and counseling; and energy and sustainability. A nonprofit, independent, private, and nonsectarian institute of higher education, New York Institute of Technology welcomes more than 9,000 students worldwide. The university has campuses in New York City (Manhattan) and Long Island (Old Westbury), New York; Jonesboro, Arkansas; and Vancouver, British Columbia, as well as programs around the world.

New York Institute of Technology embraces its mission to provide career-oriented professional education, give all qualified students access to opportunity, and support research and scholarship that benefit the larger world. More than 100,000 alumni comprise an engaged network of doers, makers, and innovators prepared to change the world, solve 21st-century challenges, and reinvent the future. 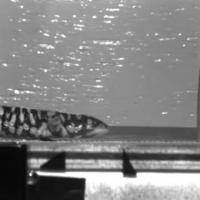 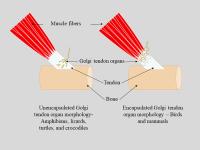