By repurposing common ingredients in hair conditioner, scientists have designed an inexpensive, transparent coating that can turn surfaces like windows and ceilings into glue pads to trap airborne aerosol droplets. This new strategy is described June 16 in the journal Chem.

"Facing a pandemic, we need to proactively leverage all of the different layers of defense mechanisms, including the physical barriers," says corresponding author Jiaxing Huang, a professor of materials science and engineering at Northwestern University. "After all, these viruses must travel through physical space before reaching and eventually infecting people."

The main way that respiratory diseases like COVID-19 spread is from respiratory fluids emitted when an infected person speaks, sneezes, or breathes. These virus-containing fluids include large droplets and fine aerosols that are particularly difficult to control and remove from the air. Upon hitting a surface, the aerosol droplets can bounce off easily and become airborne again.

As a material scientist, Huang wanted to help combat the pandemic in some way. He gathered several researchers in his lab, including Drs. Zhilong Yu and Murat Kadir, and another stay-home student, Yihan Liu, to brainstorm. Eventually, they came up with the idea of turning PAAm-DDA, a polymer commonly used in hair products and cosmetics for locking in the moisture, into a surface coating.

The coating they developed is hydrophilic, so that it can capture incoming pathogen-containing droplets and prevent them from bouncing off surfaces. "There are many indoor environmental surfaces that you barely touch, like parts of the wall closer to the floor and the ceiling," Huang says, where their coating could potentially be applied.

Huang and his team coated a plexiglass divider and tested out its droplet-capture capacity. The team first sprayed a steam of aerosols, generated by a hand-held facial mister, at the barrier to simulate fine respiratory aerosols emitted during speaking. By analyzing the escaped droplets that landed on a silicon wafer, they can estimate how well the coating traps the incoming aerosol droplets. Compared with an uncoated barrier, the coating captured nearly all the aerosols, allowing barely any to escape.

Next, they air-sprayed salt water at the plexiglass to simulate the large droplets released during coughing and sneezing and found that the coating also drastically cut down the number of splashed droplets. In the simulated experiment, the number of droplets that escaped from the plexiglass barrier was reduced by 80%.

In the past, scientists have designed water-trapping agents that mostly target large droplets of water to use in applications such as extracting water from the air in the desert or applications in agriculture. "We did an extensive literature search but didn't really find much work for capturing aerosol droplets. Perhaps there wasn't a strong need for such aerosol-trapping coatings before the pandemic," Huang says.

To make the product applicable to more types of surfaces, the team added another common cosmetic ingredient, called APG, to the coating. They tested it on materials including concrete, wood, metal, glass, and textiles, which are typical surfaces found in indoor spaces. Huang says that more ingredients can be added to give the coating additional functions, such as copper ion as a disinfectant or pigment particles for coloring.

While experiments involving human subjects need to be pre-approved by a few regulatory bodies and are beyond the scope of the study, the team estimated the number of respiratory droplets released by people speaking loudly and continuously in a typical indoor office setting. Their calculation shows that the coating's threshold before becoming saturated with droplets is about 7 to 10 orders of magnitude higher than what would be emitted in the office scenario. In addition, if needed, the coating can be easily wiped off with water and reapplied.

"We understood that the current pandemic may end before this concept is implemented," Huang says. "What we want is to provide scientific evidence for a future public health capacity. It may or may not be used now. But next time, when an outbreak like this happens, I think we will be better equipped."

This work was supported by a JITRI-Northwestern Research Fellowship awarded from Jiangsu Industrial Technology Research Institute managed by the Northwestern Initiative for Manufacturing Science and Innovation (NIMSI). 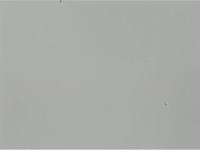