A University of Tennessee, Knoxville, microbiologist has received a portion of a $3.1 million grant from the US Department of Energy to study how global warming could affect peatlands and their vast carbon stores in the future.

Steven Wilhelm, the Kenneth and Blaire Mossman Professor of Microbiology, is part of a team led by Jean-Philippe Gibert, a food web expert and assistant professor of biology at Duke University. Wilhelm's co-investigators include David Weston and Dale Pelletier, staff scientists in the Biosciences Division of Oak Ridge National Laboratory, and Jonathan Shaw, professor of biology at Duke. In the three-year project, the group will study and model the effects of warming on the complex network of bacteria, protists, and viruses that interact with peat moss.

"We want to know how the biological community in peatlands interacts to cycle carbon and nutrients and determine whether climate change may turn these systems from a carbon sink--storage--into a carbon source--outgassing," Wilhelm said. "If they become a carbon source, they could exacerbate climate change and make global warming more extreme."

Peat moss plays a key role in slowing climate change by keeping 370 million metric tons of carbon dioxide a year out of the atmosphere--equivalent to the emissions from nearly half the car traffic in the US.

Though peatlands cover just 3 percent of the Earth's surface--mostly in boreal regions such as Canada, northern Europe, and Russia--they store twice as much carbon as all the world's forests. Over hundreds or thousands of years, Sphagnum and other peatland plants pull carbon dioxide out of the atmosphere as they grow, trapping the carbon inside layers of partially decayed plant material up to 20 feet deep.

But warming trends could put that carbon storage at risk. Rising temperatures could thaw or dry out peat wetlands, making them more prone to decay and wildfires. Decomposing or burning plants mean the heat-trapping gas long locked up in peatlands could be released, accelerating the global warming process.

To better predict the impacts of warming on peatlands and the carbon they contain, the team is studying a set of players they say are largely overlooked: microbes.

"We will be developing models of how peatland microbes interact to consume and respire carbon," Wilhelm said. "Anything that influences microbes is of interest as these peatlands are 20 percent of our terrestrial carbon storage in North America.

"Given that viruses infect and kill microbes, they likely play a key role in constraining the community, thus regulating the flow of carbon and important nutrient elements like nitrogen," he said. "Additionally, we will work to understand how changes in temperature can influence the microbial food chain. It is possible warming could speed up microbial respiration and cause more CO2 to be released from peatlands, acting as a positive feedback loop in climate change."

Their previous work suggests that under future warming, the community of microbes and other tiny organisms that grow in and around peat mosses could shift balance, which could affect the ability of peatlands to sequester carbon.

Wilhelm and Liz Denison, a PhD student in microbiology, are slated to conduct field work at the research site in Minnesota in May. 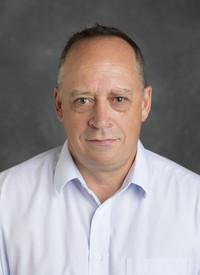