A surgical algorithm developed and implemented by ovarian cancer specialists at The University of Texas MD Anderson Cancer Center dramatically increases the frequency of complete removal of all visible tumor - a milestone strongly tied to improved survival.

"Our algorithm allows us to be much smarter about whom we operate on up front, providing a more individualized approach to surgery that's led to better results for our patients," said Anil Sood, M.D., professor of Gynecologic Oncology and Reproductive Medicine and senior author of the paper.

The multi-step process was developed through MD Anderson's Moon Shots Program, an ambitious effort launched in 2012 to dramatically reduce cancer deaths. Sood is co-leader of the Breast and Ovarian Cancer Moon Shot.

"Achieving the greatest clinical impact that we can with existing knowledge is an important aspect of MD Anderson's Moon Shots Program," Sood said. "We worked hard to develop this algorithm, but all of it is based on existing knowledge."

Surgeons gathered to focus on a quality improvement program to address a central issue in treating advanced ovarian cancer - how to optimize surgery to achieve complete removal of all visible tumor - also called optimal resection.

A combination of surgery and chemotherapy is used to treat the disease, but the sequence of those therapies has been at issue for lack of clear indication of which should be used first. Practice at MD Anderson varied among physicians, Sood said.

Since surgeons began to apply the Anderson Algorithm, the rate of complete resection for patients who have surgery first has gone from around 20 percent to 88 percent, and for those receiving chemo first it has improved from 60 percent to 86 percent. The algorithm so far has sorted half of patients to each mode of treatment. Faculty have adhered to the algorithm 95 percent of the time since it began two years ago.

The article reviews the clinical evidence for increased survival among patients with no residual disease after surgery. They note that it's the strongest independent variable predicting overall survival. For example, data from seven multi-institutional U.S. clinical trials showed patients who had no visual residual disease had a median survival of 64 months compared with 29 months for those with minimal residual cancer.

A major clinical trial randomizing patients to either initial surgery followed by chemotherapy, or chemotherapy then surgery, revealed no significant difference in overall survival between the groups. However, those who achieved complete resection within either group did much better.

First author Alpa Nick, M.D., assistant professor of Gynecologic Oncology, and colleagues also note that computed tomography (CT) imaging and analysis of bloodborne proteins associated with ovarian cancer, such as CA-125, have so far failed to predict which patients would benefit from surgery first.

Minimally invasive assessment is key The paper cites research that showed examining patients via laparoscopy - a scope slipped into the abdomen via small incision - is highly predictive of the likelihood of achieving optimal tumor resection.

Anna Fagotti, M.D., and colleagues at Catholic University of the Sacred Heart in Rome, developed a predictive index based on the extent of disease identified by laparoscopy on seven other organs. A score of below 8 indicates for surgery first, while a score of 8 or above indicates presurgical chemotherapy.

"Ovarian cancer spreads like a coating over other organs, which is one of the reasons CT scans are less effective," Nick said. "Laparoscopy allows a better visual assessment of the disease."

Under the MD Anderson quality improvement plan, a consensus was reached to offer presurgical chemotherapy to patients in whom complete surgical removal is unlikely. The plan also calls for disease assessment by expert colleagues in liver, thoracic, colorectal or urological oncology when indicated.

The Anderson Algorithm calls for:

So far, the first two surgeons have agreed 98 percent of the time.

Sood and Nick have presented the Anderson Algorithm in a variety of settings at medical meetings or to other institutions and noted that interest in adopting it has been high. They're working with academic cancer centers and private providers to expand use of the algorithm. 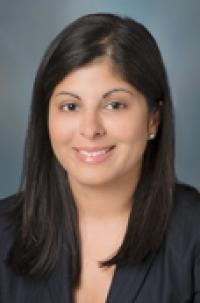