NEW YORK - Dec. 15, 2016 - Breakthrough research led by GIA Postdoctoral Research Fellow Evan Smith examines diamonds of exceptional size and quality to uncover clues about Earth's geology. The researchers studied the unique properties of diamonds with similar characteristics to famous stones such as the Cullinan, Constellation and Koh-i-Noor to advance our understanding of Earth's deep mantle, hidden beneath tectonic plates and largely inaccessible for scientific observation. The study is published in the most recent issue of Science magazine.

"Some of the world's largest and most valuable diamonds, like the Cullinan or Lesotho Promise, exhibit a distinct set of physical characteristics that have led many to regard them as separate from other, more common diamonds. However, exactly how these diamonds form and what they tell us about the Earth has remained a mystery until now," explains Dr. Wuyi Wang, GIA's director of research and development, and an author of the study.

Large gem diamonds like the Cullinan have a set of physical characteristics that distinguish them from other kinds of diamonds. The new research shows these Cullinan-like gems sometimes have small metallic inclusions - or internal characteristics - trapped within them. The metallic inclusions coexist with traces of fluid methane and hydrogen. In addition to the metallic inclusions, some of these exceptional diamonds contain mineral inclusions that show the diamonds formed at extreme depths, likely within 360-750 km (approximately 224-466 miles) in the convecting mantle. This is much deeper than most other gem diamonds, which form in the lower part of continental tectonic plates at depths of 150-200 km (approximately 93-124 miles).

"This new understanding of these large, type IIa diamonds resolves one of the major enigmas in the study of diamond formation - how the world's largest and most valuable diamonds formed," says Smith. "The composition of the inclusions, however, provides the story."

The metallic inclusions are a solidified mixture of iron, nickel, carbon and sulfur, also containing traces of fluid methane and hydrogen in the thin tiny space between the metallic phases and the encasing diamond. Pure carbon crystallized in this mix of molten metallic liquid in Earth's deep mantle to form diamonds. Small droplets of this metallic liquid were occasionally trapped within the diamonds as they grew. During cutting and polishing, parts of the diamond that contain inclusions are often cut off or polished away to craft exquisite polished gems with minimal flaws. These cut diamond pieces are not normally available for research, but because of GIA's unique position as an independent, nonprofit research organization, Dr. Smith and his coauthors were able to study the inclusions for this investigation.

"Previous experiments and theory predicted for many years that parts of the deep mantle below about 250 km depth contain small amounts of metallic iron and have limited available oxygen. Now, the metallic inclusions and their surrounding methane and hydrogen jackets in these diamonds provide consistent, systematic physical evidence to support this prediction," explains Smith.

Though the extent of metal distribution is uncertain, this key observation has broad implications for understanding the behavior of the deep Earth, including the recycling of surface rocks into the convecting mantle, and the deep storage and cycling of carbon and hydrogen in the mantle through geologic time.

Smith, an expert in diamond geology, began his postdoctoral research fellowship with GIA in 2015. His work focuses on systematically characterizing the inclusions he sees in rare types of diamonds to fill in some of the missing pieces in our understanding of how diamonds form and what they mean for the evolution of the planet. He holds a Ph.D. in geology from the University of British Columbia and a Bachelor of Applied Science and Master of Engineering from Queen's University in Kingston, Ontario.

An independent nonprofit organization, GIA (Gemological Institute of America), established in 1931, is recognized as the world's foremost authority in gemology. GIA invented the famous 4Cs of Color, Cut, Clarity and Carat Weight in the early 1950s and in 1953, created the International Diamond Grading SystemT which, today, is recognized by virtually every professional jeweler in the world.

Through research, education, gemological laboratory services, and instrument development, the Institute is dedicated to ensuring the public trust in gems and jewelry by upholding the highest standards of integrity, academics, science, and professionalism. Visit www.gia.edu. 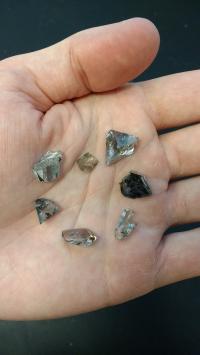 Assortment of Diamond Offcuts Used in the Study 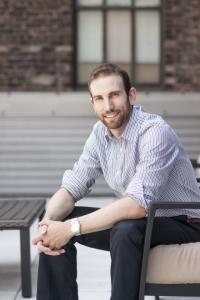