RIVERSIDE, Calif. – The expertise of entomologists at the University of California, Riverside has a worldwide impact, with researchers tracking down the natural enemy of the Asian citrus psyllid in Pakistan, identifying insecticidal fungi to control katydids in Papua New Guinea, suppressing the cottony cushion scale in the Galapagos Islands, and collecting red palm weevils in Southeast Asia – to name just a few research projects.

Now Thomas Miller, a professor of entomology and a Jefferson Science Fellow, will travel to Rwanda, Africa, to help solve a mystery surrounding the country's specialty coffee sector – a sector that accounts for 26 percent of the country's agricultural exports.

A defect called "potato taste" – thought to be caused in part by the antestia bug – is threatening to deter international buyers from purchasing Rwandan coffee.

"When stink bugs feed on plants, they can affect the taste of the fruit from the plants," Miller explained. "For example, the brown marmorated stink bug feeding on tomatoes changes their taste. Certain tea plants, when fed upon by leafhoppers, produce leaves with improved taste. Much of the underlying reasons for these are not known."

Determining the specific cause of potato taste is a major challenge Miller and Christian Cilas, a French scientist, face after they travel to Rwanda on Jan. 7. Currently, there is no definitive link between potato taste and antestia bug, only hypotheses.

Miller will stay in Rwanda for two weeks – one week will be comprised of meetings, including three national workshops for stakeholders across private sectors, research, academia, and government; the other week will be used in field visits. He expects to get a better understanding of potato taste and its causes, gather samples for analysis in the United States, and begin collaborations with Rwandan scientists.

"We will devise a multi-pronged strategy for ridding Rwanda's specialty coffee of potato taste defect," Miller said. "And we will also assist Rwanda in reaching out and making contacts with people grappling with similar problems globally."

Starting Jan. 9, Miller and Cilas will join a group of researchers from the National University of Rwanda to solve the mystery surrounding potato taste.

The collective effort to eliminate potato taste in Rwandan specialty coffee is being organized under the auspices of the Global Knowledge Initiative (GKI), an international non-profit. Through the Learning and Innovation for Network for Knowledge and Solutions (LINK) Program, GKI helps scientists, innovators, and entrepreneurs worldwide construct purpose-driven networks to tackle challenges like the one Miller and Cilas will confront in Rwanda. A full analysis of LINK Rwanda will enable the international team to maximize efforts and leverage shared resources.

"We believe science has entered The Collaboration Era," said Sara Farley, GKI's chief operating officer. "By lowering the transaction cost of partnerships and clarifying the context for them, we think the 21st century will be marked by unprecedented levels of knowledge partnerships like this one. We hope to engage UC Riverside in as many of them as possible."

The University of California, Riverside (www.ucr.edu) is a doctoral research university, a living laboratory for groundbreaking exploration of issues critical to Inland Southern California, the state and communities around the world. Reflecting California's diverse culture, UCR's enrollment has exceeded 20,500 students. The campus will open a medical school in 2013 and has reached the heart of the Coachella Valley by way of the UCR Palm Desert Center. The campus has an annual statewide economic impact of more than $1 billion.

A broadcast studio with fiber cable to the AT&T Hollywood hub is available for live or taped interviews. UCR also has ISDN for radio interviews. To learn more, call 951-UCR-NEWS. 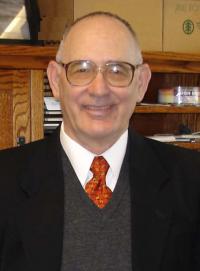