DURHAM, N.C. -- About a quarter of adults whose marijuana use is problematic in early adulthood have anxiety disorders in childhood and late adolescence, according to new data from Duke Health researchers.

The findings, publishing this week in the November issue of the Journal of the American Academy of Child and Adolescent Psychiatry, also shed light on an estimated 4 percent of adults who endured childhood maltreatment and peer bullying without resorting to chronic marijuana abuse, only to develop problems with the drug between the ages of 26 and 30.

"Given that more states may be moving towards legalization of cannabis for medicinal and recreational purposes, this study raises attention about what we anticipate will be the fastest growing demographic of users -- adults," said lead author Sherika Hill, Ph.D., an adjunct faculty associate at the Duke University School of Medicine. "A lot of current interventions and policies in the U.S. are aimed at early adolescent users. We have to start thinking about how we are going to address problematic use that may arise in a growing population of older users."

The findings are based on data from 1,229 participants in the Great Smoky Mountains Study, a long-term study of residents in 11 counties near the Appalachian Mountains in western North Carolina, where Hispanics and Latinos are underrepresented and Native Americans are overrepresented compared to the rest of the U.S.

A cohort of children in the study were enrolled as young as age 9 and have now reached their 30s. From 1993 to 2015, researchers tracked data in numerous areas of interest, including mental health, education, work attainment, and use of drugs and alcohol.

The researchers defined problematic cannabis or marijuana use as daily consumption or a habit that meets diagnostic guidelines for addiction. They tracked participants' patterns of use from the college years (ages 19-21) into adulthood (ages 26-30).

They found more than three-fourths (76.3 percent) of participants didn't use or develop a problem with marijuana during this period.

The remaining quarter developed problems that researchers grouped into three profiles -- those with limited problems, persistent problems and delayed problems.

In addition to Hill, study authors include E. Jane Costello, Ph.D., and William Copeland, Ph.D., of Duke and Lilly Shanahan Ph.D., of the Jacobs Center for Productive Youth Development, University of Zurich.

Journal of the American Academy of Child & Adolescent Psychiatry

A quarter of problematic pot users have anxiety disorders, many since childhood 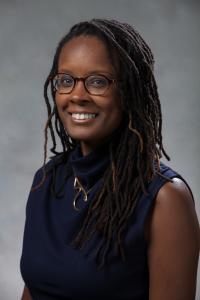