HANOVER, N.H. - Warming temperatures are causing Arctic mosquitoes to grow faster and emerge earlier, significantly boosting their population and threatening the caribou they feast on, a Dartmouth College study finds.

The study predicts the mosquitoes' probability of surviving and emerging as adults will increase by more than 50 percent if Arctic temperatures rise 2 °C. The findings are important because changes in the timing and intensity of their emergence affect their role as swarming pests of people and wildlife, as pollinators of tundra plants and as food for other species, including Arctic and migratory birds.

The researchers say the climate-population model they developed for Arctic mosquitoes and their predators can be generalized to any ecosystem where survival depends on sensitivities to changing temperatures.

The study appears in the journal Proceedings of the Royal Society B: Biological Sciences. A PDF is available on request.

Climate change is raising temperatures globally, which greatly influences insect physiology, growth rates and survival, including their ability to elude predators. Average temperatures in the Arctic have increased at twice the global rate in the past 100 years, and the low biodiversity of Arctic ecosystems provided a simple predator-prey interaction for this study. Arctic mosquitoes develop in shallow temporary ponds of springtime snowmelt on the tundra, where their top predators are diving beetles.

Using field and lab studies, the researchers measured the impacts of increasing temperatures on development and death rates from predation on immature mosquitoes in western Greenland. They then developed a model to evaluate how temperature affects their survival from the immature stage to adult biting stage across a range of temperatures in future climate change scenarios for the Arctic.

The results show that warmer spring temperatures caused the mosquitos to emerge two weeks early and shortened their development time through the larval and pupal stages by about 10 percent for every 1 °C increase in temperature. Warming increased the number of mosquitoes being eaten by diving beetles, but the mosquitoes' accelerated growth in their vulnerable juvenile stages lessened their time with aquatic predators, which ultimately increased their chance of surviving to adulthood. With a 2 °C warming scenario, the researchers' model predicts the mosquitoes' probability of survival will increase by 53 percent.

Arctic mosquitoes' reproductive success depends on the females finding a blood meal, which is expected to increase because warming more closely synchronizes their life cycle with caribou calving. The calving season benefits mosquitoes by giving them a larger, less mobile herd to feed on, including vulnerable calves.

"Increased mosquito abundance, in addition to northward range expansions of additional pest species, will have negative consequences for the health and reproduction of caribou," says lead author Lauren Culler, a postdoctoral researcher at Dartmouth's Dickey Center's Institute of Arctic Studies. "Warming in the Arctic can thus challenge the sustainability of wild caribou and managed reindeer in Fennoscandia (Norway, Sweden, Finland and parts of northwest Russia), which are an important subsistence resource for local communities."

Lead author Lauren Culler is available to comment at Lauren.E.Culler@dartmouth.edu. Co-authors are Matt Ayres, a professor of Biological Sciences, and Ross Virginia, a professor of Environmental Studies and director of the Institute of Arctic Studies. This study was supported by the National Science Foundation. 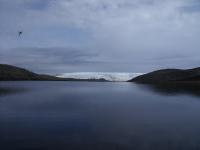 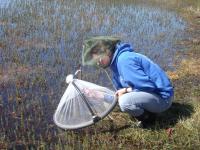