Production of rice—the world's most important crop for ensuring food security and addressing poverty—will be thwarted as temperatures increase in rice-growing areas with continued climate change, according to a new study by an international team of scientists.

The research team found evidence that the net impact of projected temperature increases will be to slow the growth of rice production in Asia. Rising temperatures during the past 25 years have already cut the yield growth rate by 10-20 percent in several locations.

Published in the online early edition the week of Aug. 9, 2010 in Proceedings of the National Academy of Sciences —a peer-reviewed, scientific journal from the United States—the report analyzed six years of data from 227 irrigated rice farms in six major rice-growing countries in Asia, which produces more than 90 percent of the world's rice.

"We found that as the daily minimum temperature increases, or as nights get hotter, rice yields drop," said Jarrod Welch, lead author of the report and graduate student of economics at the University of California, San Diego.

This is the first study to assess the impact of both daily maximum and minimum temperatures on irrigated rice production in farmer-managed rice fields in tropical and subtropical regions of Asia.

"Our study is unique because it uses data collected in farmers' fields, under real-world conditions," said Welch. "This is an important addition to what we already know from controlled experiments."

"Farmers can be expected to adapt to changing conditions, so real-world circumstances, and therefore outcomes, might differ from those in controlled experimental settings," he added.

Around three billion people eat rice every day, and more than 60 percent of the world's one billion poorest and undernourished people who live in Asia depend on rice as their staple food. A decline in rice production will mean more people will slip into poverty and hunger, the researchers said.

"If we cannot change our rice production methods or develop new rice strains that can withstand higher temperatures, there will be a loss in rice production over the next few decades as days and nights get hotter. This will get increasingly worse as temperatures rise further towards the middle of the century," he added.

In addition to Welch, other members of the research team are Professors Jeffrey Vincent of Duke University and Maximilian Auffhammer of the University of California, Berkeley; Ms. Piedad Moya and Dr. Achim Dobermann of the International Rice Research Institute (IRRI); and Dr. David Dawe of the Food and Agriculture Organization (FAO) of the United Nations. 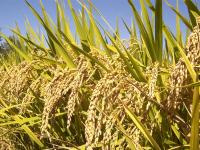