GAINESVILLE, Fla. --- Entomologist Akito Kawahara's message is straightforward: We can't live without insects. They're in trouble. And there's something all of us can do to help.

Kawahara's research has primarily focused on answering fundamental questions about moth and butterfly evolution. But he's increasingly haunted by studies that sound the alarm about plummeting insect numbers and diversity.

Kawahara has witnessed the loss himself. As a child, he collected insects with his father every weekend, often traveling to a famous oak outside Tokyo whose dripping sap drew thousands of insects. It was there he first saw the national butterfly of Japan, the great purple emperor, Sasakia charonda. When he returned a few years ago, the oak had been replaced by a housing development. S. charonda numbers are in steep decline nationwide.

While scientists differ on the severity of the problem, many findings point to a general downward trend, with one study estimating 40% of insect species are vulnerable to extinction. In response, Kawahara has turned his attention to boosting people's appreciation for some of the world's most misunderstood animals.

"Insects provide so much to humankind," said Kawahara, associate curator at the Florida Museum of Natural History's McGuire Center for Lepidoptera and Biodiversity. "In the U.S. alone, wild insects contribute an estimated $70 billion to the economy every year through free services such as pollination and waste disposal. That's incredible, and most people have no idea."

Insects sustain flowering plants, the lynchpins of most land-based ecosystems, and provide food sources for birds, bats, freshwater fish and other animals. But they face a barrage of threats, including habitat loss, pesticides, pollution, invasive species and climate change. If human activities are driving the decline, Kawahara reasons, then people can also be a part of the solution.

In an opinion piece published in a special edition of the Proceedings of the National Academies of Sciences, Kawahara and his collaborators outline easy ways everyone can contribute to insect conservation.

If you have a lawn, mowing less can give insect populations a boost. Kawahara suggests reserving 10% of a landscape for insects, either actively replacing a monoculture of grass with native plants or simply leaving the space unmown. These miniature nature preserves provide crucial habitat and food reservoirs for insects, he said, particularly if they remain free of chemical pesticides and herbicides. Benefits for lawn-maintainers include less yardwork and lower expenses.

"Even a tiny patch could be hugely important for insects as a place to nest and get resources," Kawahara said. "It's a stepping stone they can use to get from one place to another. If every home, school and local park in the U.S. converted 10% of lawn into natural habitat, this would give insects an extra 4 million acres of habitat."

If you don't have a lawn, you can still help by cultivating native plants in pots in window boxes or on balconies and patios.

Nighttime light pollution has spiked since the 1990s, doubling in some of the world's most biodiverse places. Artificial lights are powerful attractants to nocturnal insects, which can exhaust themselves to death by circling bulbs or fall prey to predators that spot an easy target.

You can give insects a hand - and reduce your electric bill - by turning off unnecessary lights after dark and using amber or red bulbs, which are less attractive to insects.

Use insect-friendly soaps and sealants

Chemical pollutants in soaps for washing cars and building exteriors and in coal-tar-based driveway sealants can harm a variety of insect life. Kawahara recommends swapping these out for biodegradable soaps and soy-based sealants. In winter, trading rock salt for salt-free formulations is safer for both insects and pets.

In the U.S., insects have historically been depicted as devourers of crops, disease vectors and hallmarks of poor sanitation, even though the vast majority do not harm humans. Kawahara said rethinking your own stereotypes of insects and gaining a better understanding of their beauty, diversity and roles is a first step in helping others appreciate them, too.

He recalled leading schoolchildren on an insect-collecting trip during which a student found an elephant stag beetle, an enormous insect with massive jaws - "one of the coolest, most amazing bugs," Kawahara said.

The student wanted to step on the beetle, thinking it was a cockroach.

"Other students were grossed out, too," Kawahara said. "When I saw that, I was dumbfounded. If this was Japan, kids would be clamoring to be the first to get it and keep it as a pet. The juxtaposition of those cultural reactions was striking."

He pointed to media characterizations of Asian giant hornets - which he grew up seeing drink sap from the oak tree outside of Tokyo - as "murder hornets" as another example of how framing insects as dangerous or disgusting has the power to evoke strong reactions from the public.

As antidotes to unfounded fears, walk outdoors to look for local insect life or adopt pet insects, a simple, inexpensive way to introduce children to science, Kawahara said. Documenting what you see on platforms such as iNaturalist not only helps you learn more about your finds, but also provides data for scientific research.

These small steps have the power to effect immediate changes for the planet's insects, Kawahara said.

"The best way for change to happen quickly is for everyone to pitch in. As individuals, we can all do these kinds of activities right away."

Co-authors of the article are Lawrence Reeves of the University of Florida, Jesse Barber of Boise State University and a Florida Museum research associate, and Scott Black of the Xerces Society for Invertebrate Conservation. 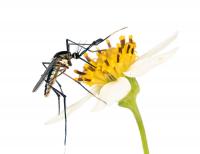 Majority of Insects Are Not Harmful