Researchers at the universities in Stockholm and Lund, in collaboration with researchers from the University of California, have found a new toxin that selectively targets mosquitos. This can lead to innovative and environmentally friendly approaches to reduce malaria. The results are presented in an article published in Nature Communications.

Botox (Botulinum neurotoxins) and the toxin causing tetanus belong to the same family of proteins and are among the most toxic substances known. Previously this family of toxins has been believed to only target vertebrates such as humans, mice and birds. But now, researchers have found a toxin which targets the group of mosquitoes that are responsible for transmitting malaria.

"We have discovered a neurotoxin, PMP1, that selectively targets malaria mosquitos, demonstrating that this family of toxins have a much broader host spectrum than previously believed", says Pål Stenmark of Stockholm University and Lund University. He leads the joint research group from the two Swedish universities that has discovered the new neurotoxin in close collaboration with Sarjeet Gill's research group at the University of California.

"PMP1 makes it possible to reduce the prevalence of malaria in a new and environmentally friendly way. Because these toxins are proteins, they do not leave any artificial residues as they decompose. PMP1 may also be developed into biological insecticides designed to target other selected disease vectors or pests", Pål Stenmark says.

"We found PMP1 in a bacterium from two threatened habitats: a mangrove swamp in Malaysia and the forest floor in Brazil. It shows just how important it is to protect these treasure chests of biological diversity", Pål Stenmark says.

The article "A neurotoxin that specifically targets Anopheles mosquitoes" is published in Nature Communications. https://www.nature.com/articles/s41467-019-10732-w

Malaria Malaria is one of the most common and serious diseases in the world. It is caused by unicellular parasites which are spread by some mosquitoes. Every year, about half a million people die of the disease, most of them children in Africa. Around 200 million people suffer from malaria. Source: World Health Organization (WHO)

Botox cousin can reduce malaria in an environmentally friendly way 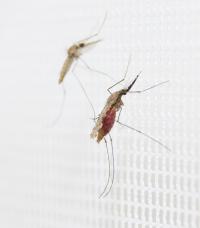 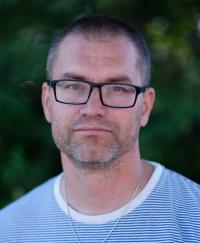