"Many people think of rural life as being idyllic and peaceful, but, in truth, there are a lot of health disparities for residents of rural communities," said Tina Bloom, assistant professor of nursing and Robert Wood Johnson Foundation Nurse Faculty Scholar at MU's Sinclair School of Nursing. "Chronic, long-term stress is hard on pregnant women's health and on their babies' health. Stress is associated with increased risks for adverse health outcomes, such as low birth weights or pre-term deliveries, and those outcomes can kill babies."

During interviews with nearly 25 pregnant women from rural communities in Missouri, Bloom and her colleagues learned financial problems plagued the women. Financial stress was exacerbated by the women's lack of employment, reliable transportation and affordable housing. In addition, the women said small-town gossip, the isolation of their rural communities and the interdependence of their lives with their extended family members also increased their stress levels.

"To the women I talked with, getting jobs was their ultimate solution," Bloom said. "Self-reliance is a value in rural populations, and I think that's what these women were expressing—that their circumstances were difficult and stressful, but if they had the ability to support themselves financially, they would be able to lift their families out of poverty."

Mental illness also affected many of the women, with nearly two out of three showing symptoms of major depression and one in four experiencing moderate to severe Post Traumatic Stress Disorder. Many of the women had significant violent experiences in their lifetimes, and one in five was in an abusive relationship at the time of the interviews.

"Prenatal visits are key opportunities for health providers to talk with expectant mothers about their stressors, especially since many rural areas have fewer or unsatisfactory resources such as mental health care and domestic violence shelters," Bloom said. "Clinicians making referrals to resources should consider doing warm hand-offs, which involves sitting with the patients and making calls together or introducing them in person to people who can help them. Health providers also should keep in mind that rural woman have increased concerns about confidentiality and gossip and don't want to feel judged."

Bloom said rural clinicians need to ask pregnant women about their stress levels and their exposures to violence. In addition, medical providers need to let women know about available resources.

"The rural Missouri women I met have incredible strength and resilience," Bloom said. "Many of these women were living in very difficult circumstances with minimal resources. Health providers should remember that these women have amazing strengths and acknowledge those strengths when they work with them."

Bloom cautions that these findings are from a small sample of women who primarily were low-income, unemployed young Caucasian women in partnered relationships and are not necessarily representative of the larger population.

The study, "Rural Pregnant Women's Stressors and Priorities for Stress Reduction," was published in Issues in Mental Health Nursing. 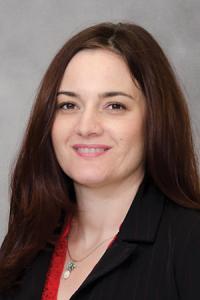