HOUSTON -- (Dec. 9, 2010) -- Nanotechnologists, marine biologists and signal-processing experts from Rice University, the Marine Biological Laboratory in Woods Hole, Mass., and other U.S. universities have won a $6 million grant from the Office of Naval Research to unlock the secrets of nature's best camouflage artists. Ultimately, the team hopes to create "metamaterials" that emulate some of the elegant skin colors and patterns produced by marine animals.

"Our internal nickname for this project is 'squid skin,' but it is really about fundamental research," said Naomi Halas, a nano-optics pioneer at Rice and the principal investigator on the four-year grant. "Our deliverable is knowledge -- the basic discoveries that will allow us to make materials that are observant, adaptive and responsive to their environment."

Halas said the project was inspired by the groundbreaking work of grant co-investigator Roger Hanlon, a Woods Hole marine biologist who has spent more than three decades studying the class of animals called cephalopods that includes the squid, octopus and cuttlefish. One of Hanlon's many discoveries is that cephalopod skins contain opsins, the same type of light-sensing proteins that function in eyes.

"The presence of opsin means they have some primitive vision sensor embedded in their skin," Halas said. "So the questions we have are, 'What can we, as engineers, learn from the way these animals perceive light and color? Do their brains play a part, or is this totally downloaded into the skin so it's not using animal CPU time?"

Halas said the project has several tracks. The team's marine biologists -- Hanlon and Thomas Cronin of the University of Maryland, Baltimore County -- will investigate how cephalopods sense and use light to regulate their skin's patterns, colors and contrasts.

"This project will enable us to explore an exciting new avenue of vision research -- distributed light sensing throughout the skin," Hanlon said. "How and where that visual information is used by the nervous system is likely to uncover some novel neural circuitry."

It will be up to the team's engineers to try and emulate cephalopod skin using new metamaterials, materials that blur the line between material and machine. Halas said the group plans to use patterns of organized nanostructures to create sheets of materials that can change colors quickly -- like the pixels of a high-definition television screen -- but which can also "see" light in the same way that squid skins do. A key component of the material will be unique clusters of nanomaterials discovered by Rice chemist Stephan Link, a co-investigator on the grant. Halas said Link's materials are very sensitive to changes in their environment and can more easily change colors than other nanomaterials.

Another type of nanoparticle will likely be used for light sensing, and the team will also need a control mechanism, a system for processing incoming light signals and generating camouflage output. Co-investigator Peter Nordlander, a Rice physicist, will work on optics, and materials scientist John Rogers, a co-investigator at the University of Illinois, will help bring everything together into a package that's large enough to be seen without a microscope.

Halas said the biggest surprise so far has been the close affinity that's developed between Hanlon and Rice signal-processing expert Rich Baraniuk, the leader of the team's systems engineering effort.

Funder
US Office of Naval Research 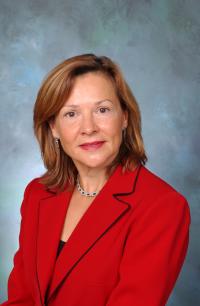