As people shelter in place to slow the spread of COVID-19, daily carbon dioxide (CO2) emissions have dropped by as much as 17 percent globally, according to a new study by the Global Carbon Project, an initiative led by Stanford University scientist Rob Jackson. Published in Nature Climate Change, the paper compiles government policies and activity data to pinpoint where energy demand has dropped off the most and to estimate the impact on annual emissions.

Jackson, a professor of Earth system science in Stanford's School of Earth, Energy & Environmental Sciences (Stanford Earth), sees in the study's findings the outlines of a greener economy and healthier society.

"People marvel at how quickly the air cleared when we stopped driving," Jackson said. "My son in Los Angeles called and said, 'Dad, the skies are blue!' The environment is resilient, and people are too."

Although the study's estimate of a 4 to 7 percent drop in global emissions this year may seem low, it will be the biggest emissions drop since World War II. The estimate reflects the fact that shelter-in-place rules are temporary and staggered across different countries, according to Jackson. Perhaps more surprisingly, U.S. emissions declined one third for part of April, a dramatic drop driven by reduced mobility, manufacturing and electricity demand.

History tells us the current emissions reductions may be short-lived. The recession of 2008 reduced CO2 emissions a percent and a half globally for one year, according to Jackson, who pointed out that emissions "roared back" five percent the next year because nothing had changed in terms of fossil-fuel infrastructure. By contrast, the oil shocks of the 1970s were specific to our fossil-fuel use and, therefore, more transformative. They led to everything from smaller cars to the birth of the solar and Alaskan oil industries.

Almost $50 billion of stimulus funding after the 2008 recession helped transform wind and solar power and energy conservation. "We're still reaping the benefits today from green power, historically cheap wind and solar contracts and a clean-energy industry that employs three million Americans," Jackson said. "We have the same chance to reshape transportation now. We could start by freeing up the $40 billion in low-interest loans currently idled in the Department of Energy's clean energy and advanced vehicle loan programs."

"Opportunities exist to make real, durable, changes and be more resilient to future crises, by implementing economic stimulus packages that also help meet climate targets, especially for mobility, which accounts for half the decrease in emissions during confinement,” said study coauthor Corinne Le Quéré, a professor of climate change science and policy at the University of East Anglia. “For example in cities and suburbs, supporting walking and cycling, and the uptake of electric bikes, is far cheaper and better for wellbeing and air quality than building roads, and it preserves social distancing."

The pandemic could change commuting and transportation permanently, according to Jackson. "Cities from Milan to Seattle are closing miles of streets to traffic permanently and opening them to pedestrians and bicyclists. Telecommuting, even part time, might be the new normal. Traffic congestion has vaporized. Electric cars are fast and can be fossil-free, changing a sector of the economy that's been hard to decarbonize."

Jackson also expressed hope that a post-pandemic recovery strategy would focus on solutions for underprivileged communities more vulnerable to both climate change impacts and diseases such as COVID-19. "People of color and the poor live closer to coal-fired power plants and car-heavy freeways - the two biggest sources of air pollution that kill hundreds of thousands of Americans a year," Jackson said. "Clean power coupled with electric cars could give everyone clean air without sheltering at home."

(Watch a related Stanford webinar, "Post-Pandemic: Building Back Resiliently," on May 21: https://woods.stanford.edu/events/webinar-post-pandemic-building-back-resiliently)

Jackson is Stanford's Michelle and Kevin Douglas Provostial Professor and a senior fellow at the Precourt Institute for Energy and the Stanford Woods Institute for the Environment. 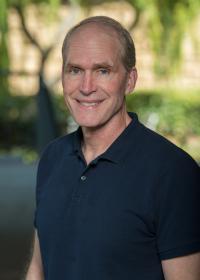