Our world is being developed at an unprecedented pace, and the incredible expansion of infrastructure associated with all of this progress comes at a great cost to wild places and wildlife.

Now, a team of scientists writing in the Cell Press journal Current Biology on March 5 call attention to nine issues that must be considered if there is to be any hope of limiting the environmental impacts of the ongoing expansion of new roads, road improvements, energy projects, and more now underway or "coming soon" in countries all around the world.

"We are living in the most explosive era of infrastructure expansion in human history," write William Laurance of Australia's James Cook University and his colleagues. "By mid-century, it is expected that there will be 25 million kilometers of new paved roads globally--enough to encircle the Earth more than 600 times. Nine-tenths of these new roads will be in developing nations, which sustain many of the planet's most biologically rich and environmentally important ecosystems."

The new paper is the foundation for a major effort by scientists, environmental activists, and celebrities to lobby leaders of the G20 nations--the 20 wealthiest nations on Earth--following their announcement of plans to invest $60-$70 trillion US dollars in new infrastructure globally by 2030. The plan would more than double the global investment in new roads, dams, power lines, gas lines, and other energy infrastructure.

"Unless managed with extreme care, it would be an environmental disaster wrapped in a catastrophe," Laurance says of the proposal.

"This research is a seminal effort, and it's going to have a huge impact in policy circles," says Randy Hayes, Director of Foundation Earth in Washington, D.C. "The fight for a better world will not be easy, but this analysis gives us concrete actions and strategies for reducing the impacts of this global tsunami of new infrastructure."

Hayes and his associates plan to release a statement to G20 leaders on March 6, the day after the paper by Laurance and colleagues is published online.

The researchers emphasize that the threat to wild places is even more serious when illegal development activities are considered in addition to those that are officially sanctioned. In the Brazilian Amazon, for instance, there are three times more illegal roads than there are legal roads.

Projects such as hydroelectric dams and mines come with their own inherent problems, and they typically also bring with them more new roads or road upgrades, both of which present challenges to wildlife. Laurance and his colleagues from the Netherlands, the United Kingdom, and the United States raise nine points for addressing these challenges:

1. Wilderness areas should be kept road-free according to the maxim "avoid the first cut." Narrow cuts through forested areas have a tendency to grow.

2. The consequences of efforts to pave existing roads should be recognized. Paved roads mean easier, year-round access to wilderness areas and faster speeds that put wildlife at greater risk.

3. Secondary effects of projects, including energy and mining efforts, are "often worse than the project itself." Environmental-impact assessments (EIAs) must include direct and indirect effects in their cost-benefit analyses.

4. Greater emphasis should be placed on so-called "offshore" projects, which might be deep in wilderness areas but don't require the construction of new road networks. Instead, workers use helicopters or traverse rivers to reach construction sites.

5. Lenders and other involved parties should get engaged in projects early, when plans can be more easily shaped or cancelled altogether.

6. Better tools are needed to enable financial institutions and others to more effectively evaluate the environmental and social consequences of development projects.

7. Financial institutions must also enlist those with the appropriate environmental and social expertise on their teams.

8. Projects with obvious harms should not proceed for fear that "if the bank doesn't do it then someone less scrupulous will." The scientists refer to this as the "devil you know" dilemma.

9. Greater involvement from representatives of non-governmental organizations and the public should be sought, especially from those who are likely to be most directly affected. 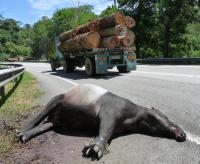 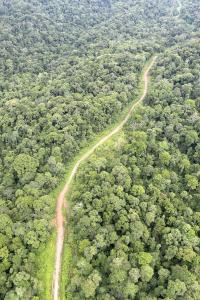