Westerners have a less-diverse gut microbiome compared to hunter-gatherers, but how and why these microbe collections diverged has largely remained a mystery. Now, researchers reporting February 25 in Cell Reports describe an intermediate gut microbiome from the Central African Republic's Bantu community, a traditional population that incorporates some westernized lifestyle practices. The discovery offers insight into what factors may drive our microbiome differences, which are thought to be linked to metabolic disorders in western populations.

"This is one of the first studies to show that that the microbiomes of a traditional agriculturalist group exhibit an intermediate state, between the microbiomes of hunter-gatherers and those of a western industrialized society," says first author Andres Gomez, a microbial ecologist and staff scientist at the J. Craig Venter Institute in California. Gomez thinks the gradient may be evidence that the Bantu traditional agriculturalists have been gradually transitioning to westernized subsistence patterns, and this transition may have been the way modern humans evolved their gut microbiomes. The study involved a team of international collaborators, including senior author Ran Blekhman of the University of Minnesota and co-authors Steven Leigh of the University of Illinois at Urbana-Champaign and Klara Petrzelkova of the Academy of Sciences of the Czech Republic.

The hunter-gatherers analyzed in the study, called the BaAka pygmies, rely heavily on wild game, fish, and fruits and vegetables for sustenance. However, the Bantu population relies fully on a market economy. These agriculturalists grow tubers, fruits, and other plants, make use of flour-like products, and raise goats for meat. They also use antibiotics and other therapeutic drugs when available.

Gomez was first inspired to compare the microbiomes of the two populations when he was studying the gut microbes of wild gorillas with help from BaAka gorilla trackers. "I met these people and found their lifestyle fascinating," says Gomez. "They have almost no western influences." He and his colleagues also worked with Bantu research assistants, and decided to collect fecal samples from the two groups for analysis. The team looked at samples from 28 BaAka and 29 Bantu community members.

Sequencing data revealed that while the BaAka and Bantu gut microbes were from similar bacterial species, the abundance of traditional bacterial groups was diminished in the Bantu. Further comparisons with western microbiome data showed that the Bantu microbiome composition falls on a spectrum between the BaAka and western populations. "The BaAka microbiome is more similar to that of wild primates than it is to western humans," says Gomez.

When the researchers delved into the functions of the different bacterial communities, they found a potential gradient between the BaAka and western microbes in pathways involved in processing carbohydrates and foreign substances. "We suspect that the enrichment in carbohydrate- and xenobiotic-processing pathways that we see in Bantus and US Americans is related to access to more digestible sugars and therapeutic drugs, while the hunter-gatherers consume more fibrous plants and do not have access to drugs or antibiotics," says Gomez, though he cautions that the team needs better functional approaches to support these predictions.

"The study supports the idea that diet is the most important driver of microbiome composition in humans," says Gomez. "We are what we eat, and our microbiome is a very important reflection of lifestyle."

Funding was provided by the National Science Foundation, the Czech Science Foundation, the University of Minnesota College of Biological Sciences, the Laboratory for Infectious Diseases Common to Humans and (non-Human) Primates at the University of Veterinary and Pharmaceutical Sciences Brno, the European Social Fund, the state budget of the Czech Republic, the Central European Institute of Technology ,the European Regional Development Fund, and the Institute of Vertebrate Biology at the Academy of Sciences of the Czech Republic.

Human gut microbiome evolution: From hunter-gatherers to a western lifestyle 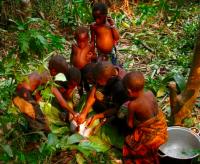 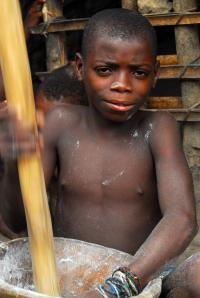