Everything you know about crowdfunding is wrong, at least according to researchers at UC Santa Barbara. And that, they add, is good news for scientists. Crowdfunding is the practice of financing a project or venture through contributions from a large number of people, typically via the Internet.

"There's this myth about how crowdfunding is supposed to work," said Jarrett Byrnes, a former postdoctoral associate at UCSB's National Center for Ecological Analysis and Synthesis (NCEAS). "The myth is that going viral is the only way to have a successful crowdfunding campaign. So scientists don't think that they can use it for their research. And that's just wrong."

Byrnes, now an assistant professor of biology at the University of Massachusetts Boston, and Jai Ranganathan, an NCEAS associate, have become unlikely experts on how to succeed at crowdfunding in general and for scientific research in particular. The pair -- along with co-author Barbara Walker, director of research development for UCSB's Office of Research and a project scientist with the campus's Marine Science Institute -- conducted the first study that quantifies what factors are needed for success in crowdfunding for science. Their analysis appears today in the journal PLOS ONE. Also contributing to the study is Zen Faulkes, an associate professor of biology at The University of Texas-Pan American.

Inspired by the rapid growth of crowdfunding projects in the arts, Byrnes and Ranganathan designed an experiment to examine what factors could lead to crowdfunding success for scientific research. They called their experiment #SciFund Challenge, and their findings were twofold: The success of science crowdfunding efforts depends on researchers building an audience for their science before the crowdfunding begins as well as on engaging that audience during the fundraising period.

For #SciFund Challenge, Byrnes and Ranganathan organized almost 200 researchers to run 159 science crowdfunding projects. They collected detailed data on the projects, including Internet metrics (such as page views of crowdfunding websites), patterns of donations and detailed surveys of scientist-participants.

"We launched this as an experiment and had no idea if it would succeed or fail," Brynes said. "We were stunned by people's reactions. They were really excited about it, and we saw funding success rates go up and up and up over the rounds. We learned that in order to raise more money for a project you need to build an audience for your work and engage that audience."

The analysis examined factors such as the audience network size the scientists had built on Facebook, Twitter and Google Plus as well as how many people, including journalists, they had contacted via email. The researchers determined that the most important networks were those that were scalable.

"Twitter and email, which get passed on to other people or organizations, had a huge impact on bringing people in to look at projects," Byrnes said. "We found that if people looked at a project, a certain percentage of that translated into people donating money to those projects."

The largest amount raised by any single #SciFund Challenge project was $10,000. However, the mean was much lower: about $2,000.

The No. 1 lesson the #SciFund Challenge team learned from its analysis of the scientists' attempts to crowdfund their research is that a project does not have to be cool or sexy to be successful. Rather, the most effective researchers were those able to communicate their passion and the project's relevance to a broad audience.

Byrnes was able to fund a seemingly mundane project that involved studying measurement error in counts of organisms underwater in a national park service survey. He wanted to determine whether such a bland research topic could generate support if he worked really hard at engaging the community and telling them about the work and why it was important and interesting.

"Measurement error -- could there be anything more boring?" Byrnes asked. "I had to dig really deep and find my interest in this work, where my passion was and what the nugget was that would interest people in something as esoteric sounding as measurement error. The answer was telling people that in order to understand the ocean we need to know if we can actually measure it with accuracy.

"And so, I did really well. I crowdfunded a full research cruise to study measurement error in Channel Islands kelp forest surveys. It was a shocking success for me. It really proved to me that if you put in the effort, if you build an audience and engage them, then you'll be able to crowdfund your work."

According to Ranganathan, scientists with large audiences could eventually use crowdfunding to routinely raise tens of thousands of dollars annually to support their research. While that is a significant amount of money, most research labs have much larger financial needs, he noted, which means the need for federal dollars for research will continue.

"At a time when money is getting ever tighter and more difficult to procure, having a completely different source of cash is incredibly valuable," Ranganathan said. "But the main value -- and the real power in all of this -- is that it provides a new argument to engage with the general public over the long term. Because long-term outreach is the only way to unlock significant dollar value out of the crowdfunding process." 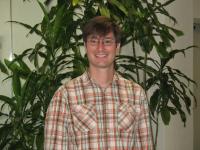 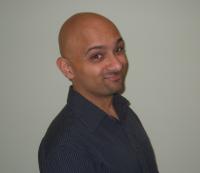