According to the National Heart, Lung and Blood Institute, congenital heart defects are the most common type of birth defect, affecting 8 in 1,000 newborns. Early in pregnancy, the fetal heart follows a parallel developmental course as the placenta, which supplies the growing fetus with oxygen and nutrients while ferrying out waste products. The study authors write that placental arteries are dynamic during pregnancy, remodeling themselves to accommodate increased blood flow as fetuses undergo explosive growth spurts in later stages of pregnancy. If this crucial remodeling does not occur, the placenta may not supply sufficient oxygen and nutrients to the fetus, leading to fetal growth restriction or preeclampsia.

The researchers used velocity-selective arterial spin labeling (VSASL), a powerful MRI technique that directly measures the rate of delivery of arterial blood to organs like the brain. ASL tracks water molecules within the blood as blood flows through arteries, eliminating the need to use a contrast agent. The team was able to distinguish the placenta perfusion contributions by the fetus and the mother.

"Just like the human brain, heart and kidneys--organs that can commandeer heightened blood flow when needed--the placenta may employ an auto-regulatory mechanism to optimize perfusion," adds Limperopoulos, director of Children's Developing Brain Research Laboratory and the study's senior author. "The early increased global placental profusion in pregnancies complicated by CHD may represent an attempt to correct for insufficient fetal blood flow."

The research team writes that the findings demonstrate that placental dysfunction due to CHD can be apparent as early as the second trimester of pregnancy using this imaging technology.

"The predictive value of VSASL imaging, which we continue to study, holds the promise of detecting dysfunction before placental abnormalities become irreversible," Limperopoulos says. 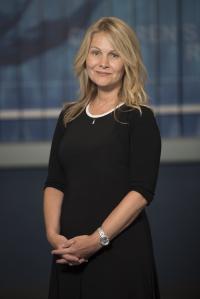