Australian researchers have achieved groundbreaking results in a clinical trial using hookworms to reduce the symptoms of celiac disease.

The results are also good news for sufferers of other inflammatory conditions such as asthma and Crohn's disease.

In the small trial run over a year, 12 participants were each experimentally infected with 20 Necator americanus (hookworm) larvae.

They were then given gradually increasing doses of gluten – beginning with just one-tenth of a gram per day (the equivalent of less than a one-inch segment of spaghetti) and increasing in two further stages to a final daily dose of three grams (75 spaghetti straws).

"By the end of the trial, with worms onboard, the trial subjects were eating the equivalent of a medium-sized bowl of spaghetti, with no ill effects," James Cook University (JCU) immunologist Paul Giacomin said.

"That's a meal that would usually trigger a debilitating inflammatory response, leaving a celiac patient suffering symptoms like diarrhea, cramps and vomiting."

Four participants withdrew in the earlier stages of the trial (for various reasons mostly unrelated to gluten) but the remaining eight experienced significant and ongoing benefits. "The eight who stuck with the trial were able to increase their gluten tolerance by a factor of 60, a massive change," said Alex Loukas, head of the Centre for Biodiscovery and Molecular Development of Therapeutics at JCU, and joint principal investigator of the study. "We and others have had promising results in earlier trials but this is clear proof-of-principle of the benefits of hookworm in treating inflammatory disease," Professor Loukas said.

Significantly, all the trial subjects rejected the researchers' offer of drugs that would eliminate the hookworms. "They all chose to keep their worms, and they continue to report good health. However they were instructed to return to a gluten-free diet after the trial," Professor Loukas said.

The potential of helminths (parasitic worms) in treating inflammatory diseases lies in their ability to dial back the human immune response – a skill that enables them to survive, and thrive, in the human gut, without compromising their host's ability to fight off other infectious diseases.

A collaboration between JCU scientists in Cairns and gastroenterologist Dr John Croese at The Prince Charles Hospital in Brisbane, this study investigated the mechanism by which hookworms reduce the inflammatory response. "In gut biopsies collected before, during and at the end of the trial, we identified specific cells of the immune system, known as T cells, that we suspected were targeted by hookworm proteins," Dr Giacomin said. "We found that over the duration of the trial the T cells within the intestine changed from being pro-inflammatory to anti-inflammatory."

Hookworm infestation can be devastating in poorer tropical countries, where Professor Loukas and Dr Giacomin are working on a vaccine to help the 740 million who are infected. "With poor sanitation, repeated infections result in blood loss that can cause severe anemia. For newborns, children, pregnant women and the malnourished, the result can be debilitating illness or death," Professor Loukas said.

"People can get treated, but then they get reinfected – a vaccine could break that cycle."

Conversely, inflammatory conditions such as celiac disease, inflammatory bowel disease, Crohn's disease and asthma are less common in developing countries, but are rife in affluent nations where helminths have been largely eradicated. 'In the one out of every 70 Australians who suffer from celiac disease, the immune system reacts abnormally to gluten, resulting in small bowel damage," Dr Croese said. "Symptoms vary, with the most common being gastrointestinal upsets. Others symptoms, some more severe, may include fatigue, anemia, unexplained weight loss or gain, bone or joint pains and swelling of the mouth or tongue."

Professor Loukas said his research team was aiming for a win-win. "We're working on both a vaccine to break that cycle of reinfection in developing countries, and a treatment for the inflammatory conditions that are a growing first-world problem."

The researchers believe that the key to the hookworm's anti-inflammatory prowess lies within the proteins that the worms secrete. They are actively seeking these molecules for further research, with the ultimate goal of developing an entirely new class of anti-inflammatory drug.

"This trial has confirmed hookworms as our choice of parasite for clinical applications," Professor Loukas said.

"But despite our growing fondness for them, we do acknowledge that a protein pill will have broader market appeal than a dose of worms."

The trial was funded by the Australian National Health and Medical Research Council (NHMRC).

The findings have been published in the Journal of Allergy and Clinical Immunology.

The Australian Institute of Tropical Health and Medicine is based at James Cook University in Australia's tropical northeast. Current projects include vaccines against schistosomiasis and hookworm.

Journal of Allergy and Clinical Immunology

A wriggly solution to a first-world problem 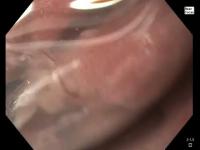