Throughout his career, George Legrady has pursued a highly visible experimental and research-oriented artistic practice that integrates digital computer technologies with photography, conceptual art and art theory. In recent years, he has extended his exploration of time-based narrative in a series of photo-based works that use a non-electronic medium: lenticular imaging, a process that splices multiple images into a single, shifting kinetic image.

For his achievements past and present -- and his exceptional promise for the future -- Legrady, chair of UC Santa Barbara's Media Arts and Technology (MAT) doctoral program, has been named a 2016 Guggenheim Fellow. Multidisciplinary artist Legrady, who is also a professor in the campus's Department of Art, is among the 178 recipients of this year's fellowships awarded by the John Simon Guggenheim Memorial Foundation.

Guggenheim Fellowships -- reserved for those who have already demonstrated exceptional capacity for productive scholarship or exceptional creative ability in the arts -- are awarded across a range of disciplines, including the natural sciences, cinema, musical composition, education, mathematics and the visual arts. The honorees for 2016 were chosen from a group of nearly 3,000 applicants.

"Winning such a fellowship is a great accomplishment for George and a source of great pride for the arts and humanities here at UCSB," said John Majewski, interim dean of humanities and fine arts in the College of Letters and Science. "His interdisciplinary approach to digital art and digital media exemplifies the culture of innovation we are proud to support."

Legrady's work focuses on photographic-based media, interactive digital media installations and computationally generated visualizations. He is considered a pioneer in the field of digital computational arts for his contribution to digital media, which includes intersecting cultural content with data processing as a means of creating new forms of aesthetic representations and sociocultural narrative experiences.

"I am honored to receive a Guggenheim Fellowship," said Legrady, who directs UCSB's Experimental Visualization Lab. "This award will allow me to continue work on 'Aesthetic Metavision,' which builds on a recently realized series of projects that I developed in my lab with MAT graduate students Marco Pinter, Danny Bazo and Jieliang Luo. These have evolved out of bridging arts and engineering questions concerned with training an autonomous multicamera system to acquire aesthetics-defined behavior and agency."

Legrady began his artistic career in the field of fine arts photography, migrating to digital technologies in the mid-1980s. His first major project was a photographic documentary of the northern Canadian James Bay Cree communities, for which he received a 2012 National Science Foundation Arctic Social Science grant to digitize and repatriate the images.

His interactive, prizewinning projects include "An Anecdoted Archive from the Cold War" (1993); "Slippery Traces" (1995), published by the Center for Art and Media Karlsruhe; "Pockets Full of Memories" (2001-2007), commissioned by the Centre Pompidou; "We Are Stardust" (2008), commissioned by NASA Spitzer Center and the ArtCenter College of Design; and "Making Visible the Invisible" at the Seattle Public Library. The latter, initiated in September 2005, is possibly the longest-running public dynamic data visualization artwork.

Born in Budapest, Hungary, Legrady was raised in Montreal, Canada. Since 1981, he has resided in California, where he received a master of fine arts degree in photography from the San Francisco Art Institute in 1976.

In addition to the Guggenheim, Legrady has received awards from the National Endowment for the Arts; the National Science Foundation; the Canada Council for the Arts, Creative Capital Foundation; the Daniel Langlois Foundation for Art, Science and Technology; the Robert W. Deutsch Foundation; and Interval Research. His work is represented in the collections of the Centre Pompidou; the Whitney Museum of Art; Los Angeles County Museum of Art; San Francisco Museum of Art; Musée d'art contemporain in Montréal; 21c Museum Hotels; and other institutions. In 1997, the National Gallery of Canada and the Canadian Museum of Contemporary Photography held a retrospective to document the transition from analog to digital in his photographic and installation works.

"It's exciting to name 178 new Guggenheim Fellows," said Edward Hirsch, the foundation's president. "These artists and writers, scholars and scientists represent the best of the best. Each year since 1925, the Guggenheim Foundation has bet everything on the individual, and we're thrilled to continue to do so with this wonderfully talented and diverse group. It's an honor to be able to support these individuals to do the work they were meant to do."

Since its establishment in 1925, the foundation has granted more than $334 million in fellowships to more than 18,000 individuals, among them scores of Nobel laureates; Fields Medalists; Turing Award winners; poets laureate; members of the various national academies; and winners of the Pulitzer Prize. 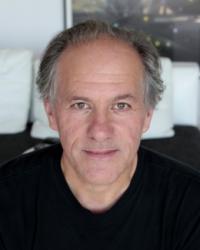